With the Far Right Out of Power in Italy, the E.U. Edges Toward Migration Reform

Migrants sit on an Italian coast guard ship after disembarking from the Ocean Viking ship rescue ship off Italy's southern island of Lampedusa in the Mediterranean Sea on Sept. 14, 2019.
Alessandro Serrano—AFP/Getty Images
By Billy Perrigo

After six days at sea on Sept. 14, the Ocean Viking sailed into port carrying 82 asylum seekers. It was the first rescue ship to dock in Italy since Matteo Salvini, one of Europe’s most fervent antimigrant politicians, lost his job as Interior Minister. He had shut Italian ports to rescue ships like the Ocean Viking, but his coalition government collapsed in August over the direction of migration policy. On Sept. 10 a new coalition took office without his far-right League party. “This is the end of Salvini’s propaganda,” a new minister tweeted.

After becoming Interior Minister in June 2018, Salvini threatened fines of up to €1 million and human-smuggling charges for captains who defied his migrant-entry ban. It had the desired effect: arrivals have fallen to around 6,200 so far in 2019, down from over 20,000 in the same period in 2018. But it also made the journey deadlier; for every 10 migrants who arrived in Italy by sea this year, one has died en route. That’s roughly double the 2018 rate.

With Salvini gone, reformers in Italy and Brussels see a chance to act. Their focus is on the E.U.’s so-called Dublin regulation, which forces migrants to apply for asylum in the first member state where they set foot. Since 2014, more than 600,000 have arrived in Italy. Moderates say the burden on Italy helped Salvini’s antimigrant populism to flourish. “The Dublin regulation must be modified,” said Prime Minister Giuseppe Conte on Sept. 10.

For now, more piecemeal reforms may have to do. As the Ocean Viking prepared to dock, France, Germany and other E.U. countries agreed to share in relocating those on board. But a long-term solution has yet to be agreed upon. On Sept. 23, E.U. Interior Ministers are meeting to decide how to deal with future ships. Germany said it was ready to accept 25% of all arrivals. But the window to act might not last long. Salvini is still hugely popular in Italy and is the favorite to win an election, if the new coalition is unable to govern. 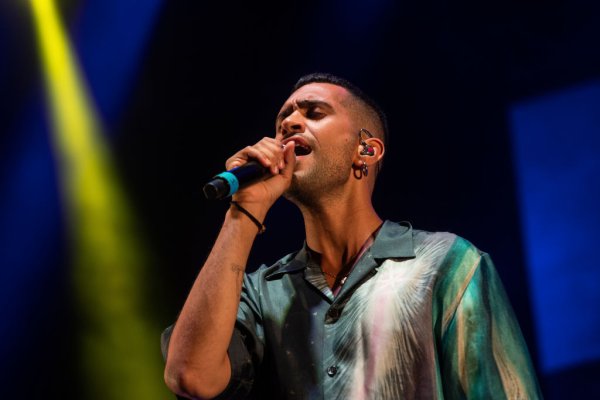 This Italian-Egyptian Singer Was Attacked By Populist Politicians. His Groundbreaking Success Is Silencing Critics
Next Up: Editor's Pick