The Science of Peak Human Performance

The science of ultimate human performance has a bad name–literally. “Flow” is the term used by researchers for optimal states of consciousness, those peak moments of total absorption where self vanishes, time flies, and all aspects of performance go through the roof.

Unfortunately, even though research in this area holds considerable promise, unless you’re studying toilet bowl dynamics or lubrication theory, “flow” doesn’t sound like a sober scientific topic. And who hasn’t used the term colloquially, thinking that “going with the flow” was more hippie holdover than a technical description of actual experience.

Yet, it was University of Chicago psychologist Mihaly Csikszentmihalyi who selected this term, and he did so for a reason. In the 1970s, Csikszentmihalyi embarked upon what would soon become one of the largest psychological surveys ever, running around the world asking people about the times in their life when they felt their best and performed their best.

And everyone he spoke to, regardless of culture, class, gender, age or level of modernization, felt and performed their best when they were experiencing the state he named “flow.” Csikszentmihalyi chose this term because, when interviewing research subjects, “flow” was the word that kept popping up. In the state, every action, every decision, led seamlessly, fluidly to the next. In other words, flow actually feels flowy.

The bigger issue was why—but that’s not a new question. Flow science dates back to the early 1900s, when researchers like Harvard’s William James began documenting the ways the brain can alter consciousness to improve performance, and legendary physiologist Walter Bradford Cannon, James’ student, discovered a link between mind and body—the fight-or-flight response—that helped explain this amplified performance.

The great psychologist Abraham Maslow prodded the topic again in the 1940s, finding flow states (which he called “peak experiences”) a shared commonality among all successful people. The theories got a little fuzzier with the human potential movement of the 1960s, but seemed to land on much firmer ground with Csikszentmihalyi in the 1970s. Unfortunately, this solid foundation didn’t last.

Flow was a black box, an astoundingly intriguing phenomena accessible only through subjective recall. Certainly, psychologists made a good show of it. Csikszentmihalyi identified three causes for flow and seven characteristic features of the state. A blizzard of other researchers came in and validated and extended these ideas, but no one really figured out how to replace the anecdotal with the empirical. The neurobiology of the state remained a mystery. And, in many cases, these early attempts at unpacking this mystery only exacerbated the problem.

Perhaps the best example is the endorphin question. In the 1980s, as “runner’s high” replaced “flow” as the hip descriptor of peak performance, researchers were certain that endorphins were the secret sauce behind the high. But endorphins are damn tricky to measure in the brain and no one could prove the point. This frustration reached a crescendo in 2002, when then president of the Society for Neuroscience, Huda Akil, told The New York Times that endorphins in runners “is a total fantasy of the pop culture.”

In the wake of Akil’s statement, researchers began to shy away from the field. The New Age/self-help movement rushed in to fill the vacuum. Flow, an already turbulent topic, became nearly taboo. And, as far as most are concerned, that’s where things still stand today. But nothing could be farther from the truth.

Over the past decade, scientists have made enormous progress on flow. Advancements in brain imaging technologies have allowed us to apply serious metrics where once was only subjective experience. We have learned plenty, including the fact that Csikszentmihalyi was dead-on in his word choice: “flow” is the exact right term for the experience.

The state emerges from a radical alteration in normal brain function. In flow, as attention heightens, the slower and energy-expensive extrinsic system (conscious processing) is swapped out for the far faster and more efficient processing of the subconscious, intrinsic system. “It’s an efficiency exchange,” says American University in Beirut neuroscientist Arne Dietrich, who helped discover this phenomena. “We’re trading energy usually used for higher cognitive functions for heightened attention and awareness.”

The technical term for this exchange is “transient hypofrontality,” with “hypo” (meaning slow) being the opposite of “hyper” (i.e., fast) and “frontal” referring to the prefrontal cortex, the part of our brain that houses our higher cognitive functions. This is one of the main reasons flow feels flowy—because any brain structure that would hamper rapid-fire decision-making is literally shut off.

In 2008, for example, Johns Hopkins neuroscientist Charles Limb used functional magnetic resonance imaging (fMRI) to examine the brains of improv jazz musicians in flow. He found the dorsolateral prefrontal cortex, an area of the brain best known for self-monitoring, deactivated. Self-monitoring is the voice of doubt, that defeatist nag, our inner critic. Since flow is a fluid state—where problem solving is nearly automatic—second guessing can only slow that process. When the dorsolateral prefrontal cortex goes quiet, those guesses are cut off at the source. The result is liberation. We act without hesitation. Creativity becomes more free-flowing, risk taking becomes less frightening, and the combination lets us flow at a far faster clip.

Changes in brainwave function further this process. In flow, we shift from the fast-moving beta wave of waking consciousness down to the far slower borderline between alpha and theta. Alpha is day-dreaming mode—when we slip from idea to idea without much internal resistance. Theta, meanwhile, only shows up during REM or just before we fall asleep, in that hypnogogic gap where ideas combine in truly radical ways. And, of course, both effects grease the decision-making skids that much more.

Finally, there’s the neurochemistry of flow. A team of neuroscientists at Bonn University in Germany discovered that endorphins are definitely part of flow’s cocktail (so was Akil wrong) and, as other researchers have determined, so are norepinephrine, dopamine, anandamide, and serotonin. All five are pleasure-inducing, performance-enhancing neurochemicals, upping everything from muscle reaction times to attention, pattern recognition and lateral thinking—the three horsemen of rapid-fire problem-solving.

In other words, Csikszentmihaly was more right than he could have known. Not only does flow feel flowy; neurobiologically, it actually is flowy.

And beyond settling the terminology question, what all this neurobiology tells us is that—for the very first time in history—we have begun to crack the code of optimal performance. This is a big deal. Researchers credit flow with most athletic gold medals and world championships, major scientific breakthroughs and significant progress in the arts, but this might only be the very beginning of the revolution. As flow science finally has a mechanistic toe-hold, the same level of incredible performance now possible for the few may soon be in the offing for the many. 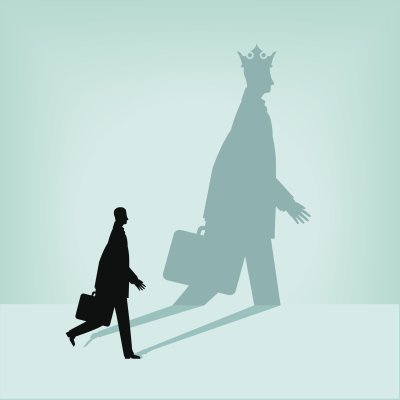 How to Be More Confident: 5 Research-Backed Methods
Next Up: Editor's Pick