Gas Prices Could Rise Up to 25 Cents a Gallon After the Saudi Oil Facility Attacks. Here's What to Expect

A woman pumps gas at a gas pump at a convenience store in Pittsburgh Monday, Sept. 16, 2019. Gas prices in the U.S. are already increasing.
Gene J. Puskar/AP
By Sanya Mansoor

The attacks that crippled two major Saudi oil facilities over the weekend are already beginning to drive up gas prices for American drivers half a world away.

This week, consumers can “definitely expect to see gas prices increase anywhere from 5 cents to a dime or a little more” as the market adjusts and likely starts to stabilize, Jeanette Casselano, AAA spokesperson tells TIME. That jump could escalate to as high as “a quarter per gallon throughout this month,” she adds.

That’s the bad news. The good news is that the impact on gas prices is likely to be short-term. And it’s significantly less than it would have been even a few years ago—when the U.S. produced less oil of its own.

Much of the impact depends on how quickly Saudi Arabia can get its oil production back online, Casselano says. Saudi energy minister Prince Abdulaziz bin Salman said at a Tuesday news conference that half of the oil production stopped by the attack has since been restored, and that production would be fully restored by the end of September, the Washington Post reported.

The attacks in Saudi Arabia took 5.7 million crude oil barrels per day off the market, about 6% of the global supply. One of the targeted sites, Abqaiq, is the world’s largest oil processing facility.

Political disputes and tensions in the Middle East have often sparked disruptions in the oil market: the Arab oil embargo of the 1970s, the Iranian revolution in the latter part of the decade and the Persian Gulf War in the early 1990s all created significant fluctuations in oil and gas prices, the U.S. Energy Information Administration notes. Severe weather can have and has had similar effects, too. Hurricanes in the Gulf of Mexico, for example, can lead to an increase in gas prices in the U.S. if they affect production in the Gulf of Mexico.

Despite what happens with Saudi’s oil production in the aftermath of the attack, the United States is in a better position than it’s historically been: it’s producing more oil than it was years ago, and gas is significantly cheaper than it has been in the past.

A rise in global oil prices is “not as economically damaging as it would have been in the past,” Samantha Gross, a Brookings Institution fellow working on energy and environment policy, tells TIME. “The most important thing that’s happened since the 1970s and 1980s is that U.S. oil production has completely taken off,” Gross says. “The U.S. is now the world’s largest oil producer.” The Energy Information Administration notes that oil production in the U.S. grew by 17% in 2018 alone.

Gasoline prices have also been relatively low for most of this year, Gross notes. In 2012, gas prices reached the highest they had been in 80 years — running above $3.60 a gallon, according to the U.S. Department of Energy. The national average gas price on Wednesday was $2.65 per gallon.

While the attacks are “very unfortunate,” Casselano says, “The supply that’s out there was enough that we didn’t see an even larger impact to [the price of] crude oil,” Casselano says.

“America is producing more and more crude oil than ever before and we are depending less and less on Saudi Arabia.”

How is the Saudi attack impacting oil prices?

Oil prices shot up after the attack in Saudi Arabia. They increased more than 14% on Monday, to close at $62.90 a barrel. By Wednesday, the price had fallen to $58.40—though still above the $54.85 where it was before the attacks.

Ehud Ronn, a finance professor at the University of Texas at Austin who studies energy risk, compares the situation to a hurricane affecting the Gulf: “Prices move up but obviously the hurricane passes and then we” usually revert back to original prices. He notes, whether this is a temporary or longer-lasting increase will probably depend more on political factors more than economics. “Markets reflect that greater uncertainty by essentially pricing in more volatility,” Ronn says. But with the Saudis signaling that regular production will resume in the next few weeks, it appears that any price hike will not stay for too long.

If the Saudis are back to producing oil as normal “in a couple of weeks” that’s going to “mute things” Ronn says.

Gross, the Brookings fellow, says the attacks destroyed part of the facility in Saudi, but did not flatten it, allowing operations to resume more quickly than many feared. She says the immediate hike in oil prices was related to the “jitters and uncertainty” that first accompanied the event.

“We saw a quick increase in [gas and oil] prices because folks weren’t certain where their next barrel was going to come from,” Gross says. “They weren’t sure how bad the damage at the facility was, how long it was going to be offline.” But now that they appear to be resuming operations soon, there’s a sense that “there are plenty of stocks around the world to cover any shortages” and “we’re all going to be fine.”

Still, she notes, “the Saudis are still the indispensable country in oil markets. They’re still the world’s largest exporter.”

“Even though the US produces a lot of oil, we’re still connected to global markets. Things that happen in the middle east or in other places can still affect us even though we have a lot of oil here,” Gross says. “A disruption in Saudi is still really important to global oil prices. And prices that U.S. consumers pay are still based on global oil prices. We don’t get any sort of special deal.”

Will gas prices go up after the Saudi attack?

Casselano says that 52% of “what you pay at the pump is reflective of crude oil prices.” She adds: “The minute those start to rise, you see big increases.”

An annual survey that AAA does with consumers finds that 74% of Americans say they would start making lifestyle changes to offset higher pump prices, including driving less and reducing eating out, Casselano says. Of those, one in four say $2.75 is the tipping point to push them toward making changes.

Although price changes of gasoline across the U.S. has not been uniform, this does not mean the Saudi attacks are not affecting prices “across the board,” Casselano says. There are relatively higher gas prices on the West Coast and cheaper gas prices in the South and South East but that’s a typical trend, she notes, explaining that what we’re seeing is not just market reactions to crude oil but gas station owners making their own decisions based on personal calculations of risk.

How has President Trump responded?

President Donald Trump said on Monday afternoon that he does not “want war with anybody” but appeared to indicate he has not completely ruled out military intervention. He called the incident in Saudi Arabia a “very large attack” and said “it could be met with an attack many, many times larger very easily by our country but we’re going to find out who definitively did it first.” Yemen’s Houthi rebels have claimed responsibility for the attacks. But this has not stopped Trump from publicly blaming Iran for being involved. Saudi Arabia has been at war with the Iranian-backed Houthi rebels in Yemen since 2015.

Trump tweeted on Sunday that “based on the attack on Saudi Arabia” he had authorized the release of oil from the Strategic Petroleum Reserve “if needed.”

The president made what appeared to be a bold statement that same day saying the U.S. is “locked and loaded” in response to the incident.

He also weighed in on the political situation on Monday, questioning whether Iran had anything to do with the attack.

He said on Monday that it “looks” like Iran may have been responsible for the drone strikes on the Saudi Arabian oil facilities, the AP reported.

The Saudi government did not directly blame Iran for the attacks but did call them an “unprecedented act of aggression and sabotage,” according to the AP, which also notes that Iran has denied any involvement. 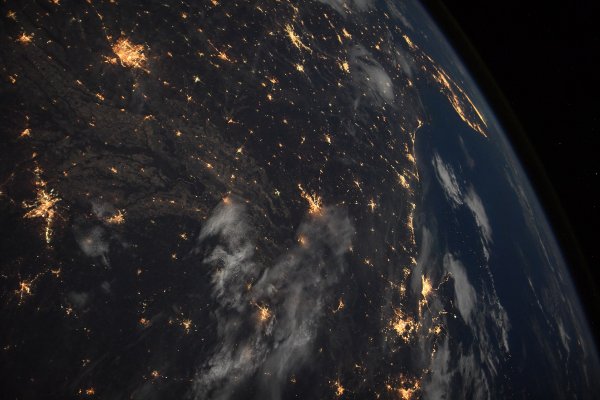 This Comic Creator Hopes His Terrible Ideas for Producing Energy Will Inspire You to Think of Better Ones
Next Up: Editor's Pick