House Democrats spent their first week back on Capitol Hill after August recess embroiled in a debate over whether or not they were actually engaged in an impeachment inquiry and the subsequent implications.

“Some call this process an impeachment inquiry. Some call it an impeachment investigation,” House Judiciary Chairman Jerry Nadler said at a committee hearing marking up new procedures for the probe. “There is no legal difference between these terms and I no longer care to argue about the nomenclature.”

But on Tuesday, Democrats faced the reality that their ramped up rhetoric won’t get them their ultimate goal: cooperation from the President’s associates in their ongoing investigations.

The House Judiciary Committee had issued three subpoenas for Tuesday’s hearing: one for former White House staff secretary Rob Porter, one for former Deputy White House Chief of Staff Rick Dearborn and one for former Trump campaign manager Corey Lewandowski. The hearing was designed to expand on the roles delineated in Special Counsel Robert Mueller’s report into Russian interference in the 2016 election. Mueller alleged in his report that President Donald Trump had asked Lewandowski twice in 2017 to tell former Attorney General Jeff Sessions to limit the Russia probe solely to election interference. Per Mueller, Lewandowsi asked Dearborn to deliver the message to Sessions, but Dearborn did not fulfill that request.

As expected, the White House blocked Dearborn and Porter from complying with the House committee’s subpoenas. White House Counsel Pat Cipollone wrote in a letter to Nadler that Trump was blocking their testimony “because of the constitutional immunity that protects senior advisers to the President from compelled congressional testimony, and in order to protect the prerogatives of the office of the President.”

This is the same tactic the White House had used to deny testimonies from other high profile witnesses like former White House Counsel Don McGahn and his Chief of Staff Annie Donaldson. But the administration also placed restrictions on Lewandowski, who had never actually worked in the White House. Cipollone informed Nadler that the counsel’s office had told Lewandowski he could only speak about what was laid out in Mueller’s report, and that the White House would be sending along an attorney to assure he complied.

Kerry Kircher, who served as General Counsel for the House of Representatives under Speakers Paul Ryan and John Boehner, said Cipollone’s argument for immunity had no legal grounding. “It’s completely bogus,” he said. “This is just [the White House] doing what they think they can get away with.”

The absence of a legitimate legal rationale, however, ultimately did not matter. For the most part, Lewandowski, sitting directly in front of White House attorneys largely complied with those restrictions, incensing Democratic lawmakers even more.

“You are obviously here to block any reasonable inquiry into the truth or not of this administration,” an exasperated Rep. Sheila Jackson Lee, one of the first to question Lewandowski told him as she tried to get him to expand upon the incidents in the report.

“Could you repeat the question? I didn’t hear it. Just a rant,” Lewandowski shot back at the end of their exchange.

The rest of the nearly 7-hour hearing unfolded in a similar fashion, with a lot of theatrics and very little substance. Although Lewandowski refused to answer questions without seeing the exact reference in the report, he did not bring a copy of the report, prompting Judiciary Vice Chairman Mary Gay Scanlon to whip out a copy and give it to him. He and Rep. Eric Swalwell sparred over whether or not he would actually read the words of the report out loud. He declined to answer questions about whether he and Trump had discussed pardons and hush money payments to his former attorney Michael Cohen during his presidency, citing the privilege Cippolone laid out Tuesday evening. At one point, Democrats grew so frustrated they considered holding him in contempt, a possibility Nadler did not rule out.

There were some brief illuminating moments. Rep. Hank Johnson coerced Lewandowski to concede that Trump has requested him to ask Sessions to limit the probe, but never felt squeamish about it and simply did not follow through because he was on vacation. He told Rep. Pramila Jayapal that, to the “best of [his] recollection” he had not lied to Mueller, effectively confirming all of the accounts in the report were accurate. He told committee counsel Barry Berke he does not always tell the truth in media interviews.

The substantive moments though, yielded no major revelations, leading Democrats to try and explain why it was happening in the first place. Johnson, for instance, said that while he did not expect any blockbuster news from Lewandowski, bringing him in was key to the potential impeachment process.

“Our job is to make sure we create our own record here in the House of Representatives, which to place possible impeachment resolution. We can’t just plop down the Mueller report to everybody and say this is the report. Now [here are] articles of impeachment,” he explained. “So you’ve got to go through the process, listening to testimonies, collecting documents.”

But even as lawmakers became more explicit in discussing impeachment, the roadblocks imposed by the White House show what the Democrats who want it are up against. For better or for worse, the hearing and the White House’s restrictions clarified how little the semantics regarding the impeachment debate actually matter. Democrats on the Judiciary Committee were deeming this hearing the first major one since they announced they were conducting an investigation to determine whether or not to recommend articles of impeachment. But substantively, while there were different guidelines – staff members were now allowed to question the witnesses due to a rules change adopted on Sept. 12 – there was virtually no difference between previous processes. The White House still threw up hurdles by ordering Dearborn and Porter not to appear and restricting Lewandowski’s testimony, thereby preventing the committee from actually getting information they could need to make their case in recommending articles of impeachment.

Kircher, the former House Counsel, said that, from a legal perspective, the only thing that can really compel the administration to cooperate is verdicts from the court – which he thinks will be in the House’s favor.

“I think the judiciary will enforce these subpoenas when they are brought before them whether or not [the Democrats say] there is an inquiry,” he explained.

The committee is currently waiting on verdicts from the court on enforcing McGahn’s subpoena – which could have implications for testimony from other former White House employees – and on the grand jury materials from the Mueller report. But Democrats know that impeachment is as much a legal process as it is a political one. Ideally, they would want these rulings handed down before the 2020 election kicks into high gear early next year. But they know that the judiciary does not adhere to that timeline – and that time is not necessarily on their side. 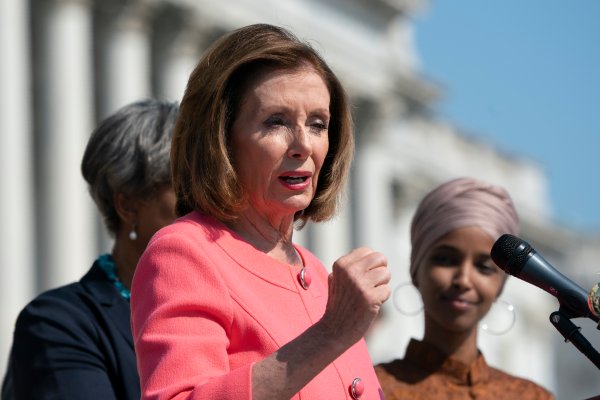 Democrats in the House Are Split on Impeachment. That Could Come to a Head This Fall
Next Up: Editor's Pick