A former NFL player was arrested Thursday after allegedly staging a fake “hate crime” by damaging property and painting racial slurs at his local business in Georgia.

“It appears as though Edawn conjured a premeditated plan to damage his own property, attempt to make it appear as a hate crime, file a claim with his insurance company and sell off the undamaged appliances and electronics,” police said in a statement.

Photos from law enforcement appear to show racial slurs, a swastika and “MAGA” spray painted in different parts of the establishment.

Coughman, 31, has been charged with false report of a crime, insurance fraud and concealing a license plate and has since been released from jail on bond.

According to the detailed statement by police, officers responded to a report of a burglary on Wednesday at the Create and Bake Restaurant and Coughman’s Creamery. The person who reported the burglary said someone was damaging the businesses, according to the statement, and that the suspect was driving a black Chevrolet Silverado with no license plate.

The statement said officers arrived in the area and found the truck leaving the shopping center, realized the driver was Coughman and later learned that he was the owner of the businesses.

Coughman told police that he noticed that equipment was missing and damaged earlier in the day and did not call 911 but did call his insurance company to report the incident. According to the county’s statement, officers and the lead detective learned during the course of their investigation that the damage to the business did not occur earlier in the day, refuting Coughman’s statement.

Inside the businesses, “the smell of the spray paint was very fresh” and the black paint “appeared wet” when officers touched it, police said. The statement also details that police found “cut wires,” vandalized upholstery and a “damaged video surveillance system.” They also claimed to find pry marks on the business’ back door.

The county’s statement said law enforcement searched the truck on Thursday and found a yellow crow bar and cans of black spray paint.

Coughman never played in a regular-season game with the NFL, but was signed on to eight different teams, according to NBC affiliate WXIA 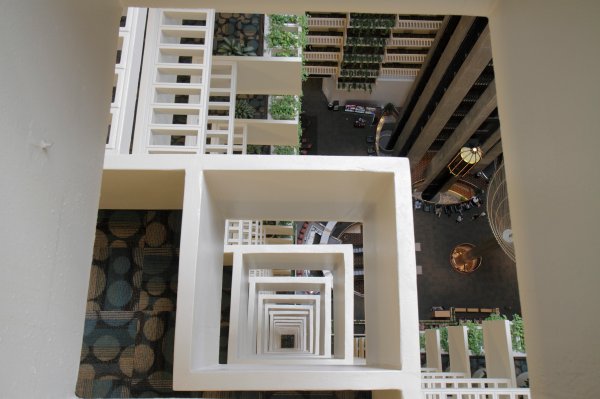 After an Atlanta Hyatt Housekeeper Reported a Flasher, the Man Died in a Fall Trying to Escape Hotel Security
Next Up: Editor's Pick