American Universities Must Choose: Do They Want to Be Equal or Elite?

As freshmen again arrive on campus, Harvard, Princeton, and Yale all boast that their incoming classes include more students from modest backgrounds than ever before. All three trumpet financial aid programs that require zero contribution from students whose families have annual incomes below $65,000. But poor and middle-class students remain drops in an ocean of privilege. And the modest increases in economic diversity at elite colleges are built on a model that simply cannot be scaled up.

In recent years, the “Ivy Plus” colleges have enrolled more students from households in the top 1 percent of the income distribution than from the entire bottom half. ($65,000 lies above the median household income.) They devote vast resources to educating these already privileged students. The most selective schools spend almost eight times as much per student as the least selective ones.

When they finish school, elite graduates dominate the highest-paying jobs. Top bankers, a recent ethnography of Wall Street observes, are recruited “only from the Ivy League and a few comparable schools like MIT and Stanford;” and four fifths of the partners at the most profitable law firm in America graduated from a law school ranked in the “top five.” More broadly, just 1 in 75 high school dropouts and just 1 in 40 workers with a high school education only will enjoy lifetime earnings equal to the median professional school graduate. This cycle of elite educations and high-paying jobs allows rich families to pass privilege down through their generations. Elite schooling has become the dynastic technology of choice for the one percent.

Recent high-profile admissions scandals offer a tempting account of how this works: the rich cheat to get their kids in. A slightly broader critique looks beyond fraud to legacy preferences, cultural capital, and racial privilege. Either way, the common view says, college is not a meritocracy but a site of elite self-dealing. This view both reflects and feeds a broader populist rebellion against elites. Nearly three-fifths of Donald Trump’s Republican party say that colleges and universities are bad for America.

Elite colleges are happy to crack down on corruption. When a soccer coach accepted a bribe to get someone admitted, Yale’s president denounced an “affront to our university’s deeply held values of inclusion and fairness,” and the school rescinded its offer. They also eagerly recruit “one-offs”—exceptional students from modest backgrounds. Princeton’s president sits on the steering committee of the American Talent Initiative, which promotes economic diversity by meritocratic means, addressing the “challenges facing high-achieving, lower-income students.”

Universities hope that doubling down on meritocracy will square unequal outcomes with equal opportunities, so that they can become more economically diverse without becoming less academically exclusive. They even express both hopes in the same breath: Yale recently declared, in a single headline, that its “Incoming Class of 2022 sets record for socio-economic diversity and yield.”

This is a false hope. Elites do prefer their own through favoritism, nepotism, and outright fraud, but these charges disguise more than they reveal. Curing inequality will require more than firing a few bad apples and finding a few more one-offs. The idea that equality of opportunity can launder unequal outcomes is a fantasy; and meritocracy is more nearly a stain than a detergent. Real progress requires confronting meritocratic inequality head-on.

The real roots of the disproportionate number of wealthy students at elite colleges are in fact meritocratic. The most elite schools actually do have the most accomplished students: The top five law schools, for example, enroll roughly two-thirds of all applicants with LSAT scores in the 99th percentile. And grades, test scores, and other achievements (rather than self-dealing) explain the bulk of elite families’ dominance in the admissions competition. Data released by the College Board in 2016 suggest that students whose parents earned over $200,000 were 35 times more likely to score above 750 (not far off the Ivy League median) on the SAT’s critical reading test than students whose parents earned less than $20,000; and students with a parent who held a graduate degree were 140 times more likely to score over 750 than students whose parents did not complete high school. Soft skills only exacerbate these inequalities. Twelfth-graders whose parents have college degrees spend 25 percent more days volunteering than those whose parents have a high-school education or less; and high socio-economic status twelfth-graders are twice as likely as low status twelfth-graders to participate in and to captain interscholastic sports teams. The skew to privilege at elite universities follows inexorably from these patterns. Elite self-dealing is real, but most colleges produce hierarchy by living up to meritocratic ideals.

The reason why is straightforward. The elite invests unprecedented time and money in educating its children. Rich parents pay for art, music, and sports lessons, hire tutors and, critically, send their children to schools that spend many times more on educating their students than middle-class schools: as much as $30,000 per pupil per year for public schools in rich districts and $75,000 per pupil per year at top private schools, compared to a national public-school median of perhaps $15,000 per year. College and professional school, being dominated by rich children, of course themselves extend and increase the training gap between the rich and the rest.

Once, aristocrats passed wealth down through their families by bequests. Now, meritocrats transmit privilege by investing in education. If the difference between what a typical one-percenter and a typical middle-class family invest in their children were put into a trust fund, to be given to the child on the death of the parents, this meritocratic inheritance would amount to a traditional bequest of roughly $10 million per child.

Meritocracy was conceived as the handmaiden to equality of opportunity, common usage still treats the two as equivalent, and outrage at elite self-dealing implicitly valorizes meritocratic ideals. But education works, and meritocracy itself has become the single greatest obstacle to opportunity in American today. This makes the conventional critique of college admissions not just incomplete but dangerous.

When outcomes become sufficiently unequal, opportunities necessarily become unequal also. Achieving meaningful equality therefore requires reducing the absolute difference between what is invested in the most-educated and less-educated people. Elite schools and universities must adopt a new model of education—teaching many more students, chosen based on new criteria. Education must become less hierarchical and less meritocratic; and the top schools must become less elite.

Both changes are practical and both have precedents in American experience.

The share of Americans to get a BA quadrupled in the three decades following World War II, but growth then slowed dramatically and has now stalled. By contrast, expenditures have kept growing, so that colleges now spend much more per student than they used to, and the Ivy League spends nearly twice as much as just two decades ago. Simply spreading current resources across more students would allow colleges dramatically to expand college education once again. Universities are beginning to recognize a need to grow: Princeton plans to expand by 10 percent and Yale by 15. But enrollments at all elite schools can and should double.

Of course, while a few elite colleges can grow modestly while retaining their exclusivity, by poaching top students from elsewhere, doubling enrollments across the board requires making top colleges less selective and less elite. This also has precedents. A century ago, when the democratic United States adopted universal high school education, aristocratic Europeans mocked the move for wasting resources on uneducable masses. Today, elite universities—by insisting that excellence requires exclusivity—have assumed the aristocratic mantle that Europe has since discarded, only now with a meritocratic twist. But that is as false now as it was then.

Elite universities may be tempted to resist both changes, but they should in fact embrace them. When the current hierarchy makes everybody want to go to the same “best” schools, this places enormous pressure on decisions about who gets in. Meritocratic admissions processes must be able to justify all the immense inequality that they produce. That makes even the most powerful universities slaves to a narrow conception of merit. But in a more equal world, where the elite was less elite, it would matter less where people went to college, and applicants would pursue different schools for different reasons. Universities, freed from the meritocratic inequality that now ensnares them, could pursue whatever values they held dear, crafting admissions standards that favored community service, or academic scholarship, or hard-work, or a thousand other virtues. The elite would become less exclusive, but much more free.

America’s top universities face a stark choice between equality and eliteness. They should choose equality. 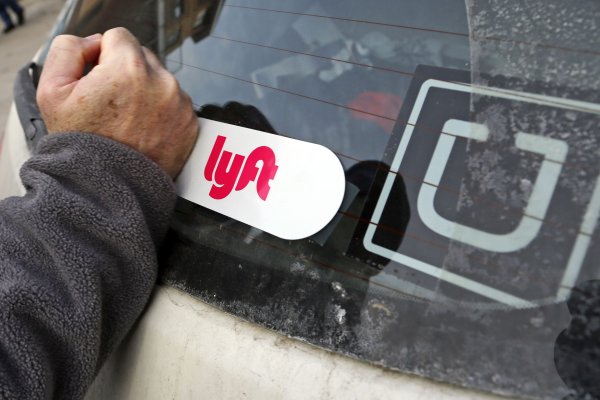