Internal Revenue Service official Lois Lerner during a hearing by the House Oversight Committee on Capitol Hill in Washington, May 22, 2013.
J. Scott Applewhite—AP
By Maya Rhodan

The former IRS official at the center of a scandal over the targeting of conservative groups was directly involved in questioning the tax-exempt status of the groups, according to documents released Wednesday.

The release of emails sent by Lois Lerner was the latest attempt by congressional Republicans to keep focus on the scandal, which briefly buffeted President Barack Obama in the early days of his second term when it was revealed the IRS had closely scrutinized conservative political groups applying for tax-exempt status. The scandal ultimately fizzled without evidence of a connection to the White House and with revelations that liberal groups were also targeted, but Republicans have sought to keep it alive and compel Lerner to testify after she invoked her Fifth Amendment right not to do so.

The tax-writing House Ways and Means Committee on Wednesday sent a formal letter to the Department of Justice detailing what it called Lerner’s wrongdoings and urging prosecutors to pursue criminal charges. Committee Chairman Dave Camp (R-Mich.) said in a statement that the Department of Justice has “a responsibility to act, and Lois Lerner must be held accountable.”

“It is also important that the American people know what really occurred at the IRS, so this powerful agency cannot target American taxpayers ever again,” Camp added.

In 2013, Lerner admitted several conservative groups seeking 501(c) (4) status—which is reserved for social welfare groups that engage in political activity—got special scrutiny, but she denied she was directly involved with the decision making. She instead faulted employees in a IRS office in Cincinnati. But emails released Wednesday show Lerner acted to ensure denials for groups with conservative leanings, particularly Crossroads Grassroots Policy Strategies, a conservative group co-founded by political strategist Karl Rove.

In the emails, Lerner inquired why Crossroads had not been audited by the IRS and later detailed her plans to deny the organization tax-exempt status.“The organization at issue is Crossroads GPS, which is on the top of the list of c4 spenders in the last two elections. It is in the news regularly as an organization that is not really a c4,” one email dated Jan. 4, 2013 reads. “You should know that we are working on a denial of the application, which may solve the problem because we will probably say it isn’t exempt.”

Republicans say this proves that despite a finding by the IRS Administrative Review Board that Lerner didn’t act inappropriately, she is guilty of wrongdoing. The letter, which all Republicans on the committee voted to send, also says Lerner may have exposed taxpayer information by using her personal email to conduct business and providing “misleading statements” to questions from the Treasury Inspector General for Tax Administration.

The committee’s Democrats, 14 of whom voted against sending the letter, dismissed the latest Republican rhetoric as a political ploy. Ranking Democrat Sandy Levin (D-Mich.) said Republicans want to “declare this a scandal and keep it going until November.” The Department of Justice is already investigating the matter.

“I wish I could come up with some other rationale for what you are doing, but I cannot,” Levin said. 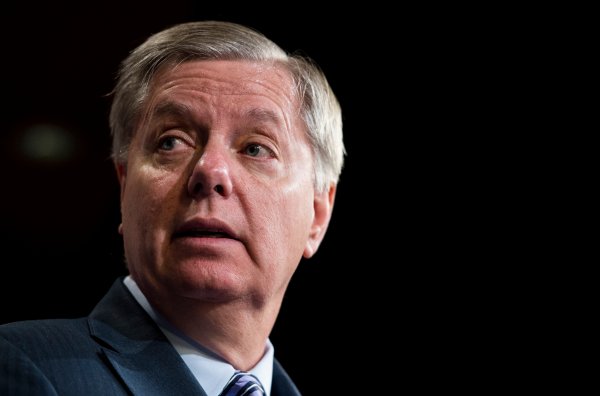