(Bloomberg) — Robert Frank, the Swiss-born photographer who captured the loneliness and heartache of life in his 1958 book “The Americans” and became a trailblazer for the Beat Generation, has died. He was 94.

He died on Monday in Inverness, Nova Scotia. His death was confirmed by Peter MacGill of Pace-MacGill Gallery in Manhattan, according to the New York Times.

Frank challenged predominant images of the day, viewing U.S. society through the lens of an outsider to expose the poverty, racism and alienation previously ignored in portrayals of the American dream. From passengers inside a trolley bus in New Orleans to Ford factory workers in Michigan and a lone rodeo cowboy in New York, Frank’s offbeat pictures struck a chord with a generation that redefined the nation’s cultural identity.

“He sucked a sad poem right out of America onto film, taking rank among the tragic poets of the world,” Jack Kerouac, the author of the 1957 Beat classic “On the Road”, wrote in his introduction to Frank’s book. “To Robert Frank I now give this message: You got eyes.”

Initially panned by critics, the volume of 83 black-and-white photographs is now “widely celebrated as the most important photography book since World War II,” according to the National Gallery of Art in Washington. The U.S. edition of “The Americans” appeared in 1959.

Accompanied by his wife, the former Mary Lockspeiser, and their two children for part of the trip, he drove 10,000 miles to take photos in states as diverse as California, New York, Wyoming, Nevada, Nebraska and Florida. He was thrown in jail in Arkansas, where police were suspicious of his accent and suspected him of being a communist.

Frank’s influence found fertile ground in the 1960s. While he focused more on making experimental films such as “Pull My Daisy” (1959), with Kerouac and poet Allen Ginsberg, his artistic vision inspired a new breed of photographers who were beginning to confront American society’s contradictions.

“I realized this man’s achievement could not be mined or imitated in any way because he had already done it, sewn it up and gone home,” U.S. photographer Ed Ruscha wrote in 2004 for an exhibition at the Tate Modern in London. “What I was left with was the vapors of his talent.”

Frank was born Nov. 9, 1924, in Zurich. His mother was Swiss and his father, who had a radio-importing business, was German. As a Swiss Jew, Frank was protected by Switzerland’s neutrality during World War II. He began taking photographs in the mid-1940s.

In 1947, he boarded a ship to New York and was offered a job as a fashion photographer at Harper’s Bazaar. During this time, he shuttled back and forth to Europe where he took photographs of Paris as well as England and Wales, a project that helped earn him the Guggenheim funding in 1955. He then embarked on the odyssey that became “The Americans.”

“I was absolutely free just to turn left or turn right without knowing what I would find,” he said.

Frank, who didn’t talk to his subjects, used 767 rolls of film, which he edited down to about 1,000 prints before selecting the ones to include in the book.

“I go into post offices, Woolworths, 10 cent shops, bus stations,” Frank said, according to the New Yorker. “I sleep in cheap hotels. Around 7 in the morning, I go to a nearby bar. I work all the time. I don’t speak much. I try not to be seen.”

Frank, who became a U.S. citizen in 1963, also made more than 20 films. “Pull My Daisy,” an experimental work that he co-directed, involved a bishop who pays a visit to a railroad worker and his bohemian friends. It was recognized as a major contribution to avant-garde cinema.

Some of Frank’s movies, such as “Conversations in Vermont” in 1969 and “Life Dances On” in 1980, were autobiographical, dealing with his children’s lives and the loss of his daughter, Andrea, who died in a plane crash in Guatemala in 1974. His son, Pablo, suffered from mental illness and died in 1994. 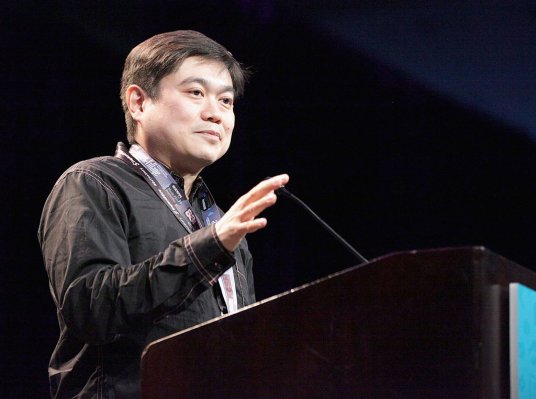