The U.S. Reportedly Extracted a High-Level Spy From Russia in 2017 Amid Concerns of Mishandled Intelligence

President Donald Trump shakes hands with Russia's Foreign Minister Sergei Lavrov as they meet for talks in the Oval Office at the White House, May 10, 2017.
Alexander Shcherbak—TASS via Getty Images
By Madeleine Carlisle

A spokesperson for Secretary of State Mike Pompeo declined to comment to CNN. White House press secretary Stephanie Grisham told CNN, “CNN’s reporting is not only incorrect, it has the potential to put lives in danger.”

The New York Times reported that U.S. intelligence officials first thought the informant might be in danger in late 2016 after the U.S. government revealed the severity of Russia’s election interference and the media began following up on details about the CIA’s Kremlin sources. The Times reports that the informant first declined the extraction, citing “family concerns,” but agreed months later after media inquiries increased.

According to CNN, the Russian spy had been a crucial asset for the United States government, having access to Russian President Vladimir Putin. The spy had reportedly been providing information for more than a decade.

The Times reported that the informant was crucial to the U.S.’s understanding of the scope of the Russian government’s interference in the 2016 election, and the extraction “effectively blinded” American intelligence officials to “the view from inside Russia as they sought clues about Kremlin interference in the 2018 midterm elections and next year’s presidential contest.”

The information the informant provided during his time in Russia was so sensitive the Times reports, that even prior to the Trump Administration, CIA John O. Brennan sent President Obama the intelligence reports in separate sealed envelopes to the Oval Office. 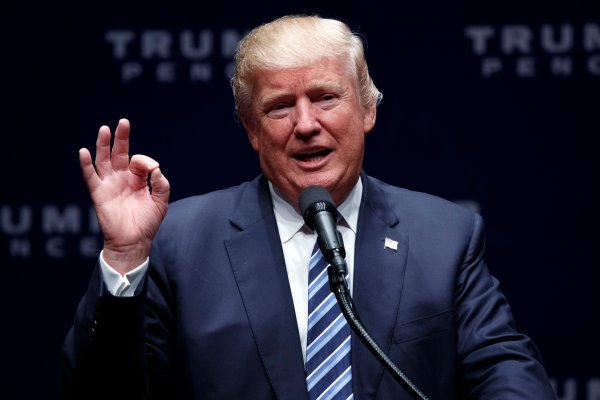 How Trump's 'Dare Me' Foreign Policy Is Faring
Next Up: Editor's Pick