How Axe Made the Ad Everybody Is Talking About

Fragrance company Axe has built a grooming products empire by buddying up with bros. Their ads are well known for their sexual humor and exaggerated scenarios that play into male fantasies.

Perhaps that’s why Axe’s latest ad has come as such a surprise. Instead of focusing on broad humor, the company’s Super Bowl spot to promote the new Axe Peace fragrance line is a sprawling epic that seemingly spans to span continents and generations. “If it’s surprising, it’s designed to be surprising,” says Matthew McCarthy, Axe’s senior marketing director. “That’s one of the ways that we’ve found over the years is the best way to present an idea.”

The concept for the ad and its surrounding marketing campaign was developed in conjunction with the Peace fragrance over more than a year, McCarthy says. Axe often visits college campuses and talks to students to discover what topics and themes will captivate their Millennial customers. Right now, McCarthy says, those topics are peace and harmony.

“The idea of making the world a more peaceful place is a pretty universal idea. Young people are saying, ‘Hey, this world’s pretty soon going to be my world and I’m going to be even more responsible for it.’”

The commercial, which was developed by British advertising agency Bartle Bogle Hegarty, begins with a montage of classic wartime images. A tank rolls through a devastated European city, an Asian dictator is flanked by Maoist propaganda posters and a Middle Eastern ruler wields a nuclear device. Midway through, though, the narrative is turned on its head as each invader is revealed to actually be making a loving gesture toward a woman. If the typical Axe ad operates on the assumption that sex sells, this one attempts to prove that romance does.

(MORE: The 13 Most Controversial Super Bowl Ads Ever)

Though the Asian leader looks like North Korean leader Kim Jong-Un and the Middle Eastern man looks like former Iranian president Mahmoud Ahmadinejad, McCarthy says the characters aren’t referencing specific people. “It was more about creating iconic vignettes that people can connect with,” he says. “Dramatizing moments of conflict and bringing it to life in a way that really resonated with people is really what drove the development of the campaign.”

The ad, which was shot in Bangkok, Thailand over 5 days, has struck a chord with viewers. It’s accrued almost 3.5 million views on YouTube and will likely get a new round of attention after the Super Bowl. The promotional campaign also includes a #KissForPeace Twitter hashtag, through which users can submit photos of themselves kissing to Axe.The best photos are being broadcast on electronic billboards in Times Square through Feb. 9.

McCarthy wouldn’t disclose the cost of the campaign, but said that it would likely be the biggest marketing campaign ever for the company. The company spent $62.7 million on ads in the first three quarters of 2013, according to The New York Times.

So is Axe turning to a more serious tone for good? McCarthy says the company simply has to pick the right message for the right moment. But for now he thinks they’ve hit a note that resonates with their Millennial demographic. “Being relevant is more important than anything else,” he says. “If you’re not relevant, you’re nothing to young people.” 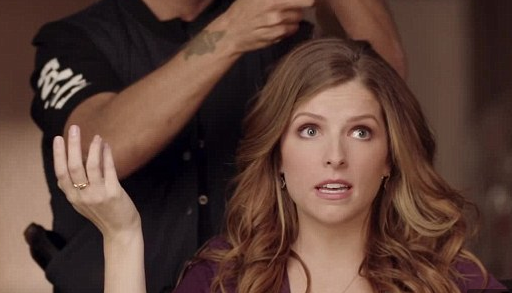