Here's How Shady Tax Preparers Plan to Steal Your Money

Every tax season, Elmer Kilian takes out a wooden homemade shingle that says E.H. KILIAN’S TAXES and puts it out in front of his house in rural Wisconsin. The 82-year-old Korean War veteran has prepared locals’ taxes on his dining room table for the last thirty years, helping around 100 people in the town of Eagle file to the IRS, from the local grocer to the neighbor down the street. He charges $40 for a basic filing and a little extra for the frills.

Kilian is one of more than 600,000 paid tax preparers who are virtually unregulated by the IRS. Many are as scrupulous as Kilian is, but fraud among fly-by-night, seasonal tax preparers who open up shop in vacant storefronts and trailers costs taxpayers billions of dollars each year. “It’s not just one or two bad apples. It’s pervasive,” says Chi Chi Wu, an attorney for the National Consumer Law Center. “And these problems persist.”

Fraud has prompted the IRS to seek to regulate tax preparers like Kilian by requiring education courses and examinations, an effort to protect taxpayers as well as the IRS’ own tax income. At a Senate Finance Committee hearing this week, IRS Commissioner John Koskinen urged Congress to give the IRS the right to regulate tax preparers, saying that regulation “will translate into improved overall tax compliance.”

Many lawmakers agree. At the hearing, Senator Ron Wyden, Democrat of Oregon said that an “absence of meaningful oversight of much of the tax preparer industry is harming too many citizens who can least afford it.”

Tax preparers say they can’t afford to be carefully regulated and that burdensome regulations will force them to close their businesses. “Licensing regulations are protectionist and anti-competitive,” Dan Alban, an attorney for the Institute for Justice says. “The high costs of complying with licensing regulations would drive out tens of thousands of preparers.”

Of the nearly 150 million taxpayers in the United States, around 79 million use paid preparers. There are three larger commercial chains (H&R Block, Jackson Hewitt and Liberty Tax Service), some smaller chains, and thousands of independent preparers and seasonal pop-up shops. Around 42 million Americans use third-party preparers pay their taxes through unregulated preparers, who can file taxes without education or certification.

Seasonal tax preparers set up shop in used car dealerships and empty storefronts and often commit a wide array of improprieties, from overcharging customers to inventing child dependents, church donations, and falsifying income—increasing taxpayers’ refunds, and their own cut on the deal.

In 2011, Adama Laine needed some help paying his taxes. An immigrant from the Ivory Coast and nursing assistant at the VA hospital in Seattle, Laine contacted a fellow French-speaker to help him file. The tax preparer promised him a $9,000-refund, Laine says, and charged him a fee of 10% of his refund. But the tax preparer faked his children’s college education for a tax credit, inflating Laine’s refund by $5,500. In 2013, Laine, who is a single father, was shocked to receive a notice that he owed the IRS thousands of dollars, as well as interest and penalties.

Laine returned to the tax preparer who had cheated him, only to find the preparer escaped culpability by signing Laine’s tax forms “self-prepared”—making Laine ultimately responsible, even though he hadn’t filled out the forms. “What am I supposed to do? I have a lot of bills on my head I need to pay. I’m a single dad with three kids. I can’t just pay six grand right now,” Laine says. “I didn’t mean to cheat.”

It’s impossible to measure exactly how many tax preparers are committing fraud, but a U.S. Government Accountability Office study published Tuesday showed that undercover site visits to 19 tax preparers in the 2014 tax season yielded only two correct tax refund amounts. In other words, fully 17 out of 19 filed their taxes incorrectly and inflated tax refunds by amounts up to nearly $4,000.

Similar results were discovered by advocacy groups who have conducted several rounds of undercover testing of tax preparers since 2008. Four out of nine undercover testers were encouraged to engage in tax fraud in a 2011 test, and a 2008 test of 17 paid tax preparers yielded a 25-percent fraud rate.

Federal investigations have succeeded in toppling a litany of high-profile cheating tax preparers.

Instant Tax Services, based in Dayton, Ohio, was the fourth-largest tax-preparation firm in the country when it was officially shut down by the Justice Department in 2013. The company ran about 150 franchises and prepared 100,000 tax returns each. It was responsible for defrauding customers and charging hidden, exorbitant fees on a mass scale. According to a federal court, the tax harm caused by Instant Tax Service franchisees in five cities in a single tax-filing season was between $10 million and $25 million. A lengthy investigation barred the company from practicing.

In addition to Instant Tax Services, Mo’ Money Taxes of Memphis, franchises of the popular Jackson Hewitt tax service, and many individual businesses accused of encouraging fraudulent tax returns and charging taxpayers deceptive fees have been barred from tax preparation after prosecutions by the Department of Justice.

But while punitive enforcement has been successful, attempts by the IRS to regulate tax preparers in order to prevent fraud before it happens has come up short. Beginning in the 2011 filing season, the IRS required paid tax preparers to obtain ID numbers, and launched a tax return competency test in November 2011. Tax preparers were also required to take education courses. A Federal court halted the program last year in the case Loving v. Internal Revenue Service, arguing the IRS doesn’t have the authority to regulate tax preparers.

Supporters of the ruling said regulation would run legitimate seasonal tax preparers like Mr. Kilian of rural Wisconsin out of business.

Alban, who was one of the attorneys on the case who argued the IRS had overstepped its bounds, says that not only would expensive mandatory courses be prohibitive for legitimate mom-and-pop tax shops, but they’d be ineffective. “You can’t do anything about fraud until after it happens,” Alban says. “Some folks might actually prefer a less scrupulous preparer. There’s not a lot you can do about that upfront.”

Kilian says the ruling is a victory for him. If he has to take classes and a test, he says he’ll be forced to raise his fees by 200 percent and likely go out of business. “If somehow it ends up being required that we go to school and pass the test, I believe I’ll retire out of preparing taxes because I couldn’t end up making any money on it,” Kilian adds.

For now, legislators are focusing on simplifying the tax code, an initiative both the regulators and the anti-regulators support as a means to reduce ways cheaters can find loopholes. “The complexity of the tax code creates an environment where confusion and errors flourish,” Senator Wyden said this week. “Congress isn’t blameless on this issue, and that’s one reason why it’s time to rewrite the code to make filing easier.” 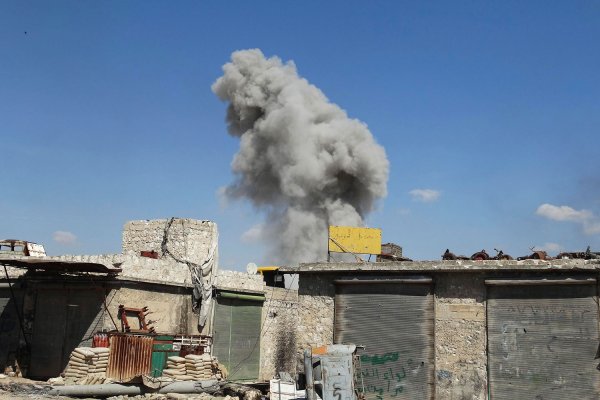