Ideas
By Adrienne Hollis
Hollis, Ph.D., J.D., is the lead climate-justice analyst at the Union of Concerned Scientists
Harry Campbell for TIME

There can be no discussion about climate change without a meaningful conversation about public health. As leading health experts have affirmed, the climate crisis is a threat multiplier, particularly for communities suffering from environmental injustice. For example, the Fourth National Climate Assessment, published in 2018 by a collaboration among 13 U.S. scientific agencies, highlights how higher temperatures, severe weather events and rising seas can contribute to heat-related cardiopulmonary illness, infectious disease and mental-health issues. Societal factors such as poverty, discrimination, access to health care and pre-existing health conditions make some populations even more vulnerable.

Thousands of communities nationwide—often low-income or with many residents of color—that already face environmental risks constantly grapple with issues that others seldom encounter with the same intensity. These include exposure to air pollutants (like particulate matter and soot produced from burning fossil fuels) or soil and water contamination (caused by dumping coal ash or lead in the water supply). These same communities tend to be systematically targeted when corporations and regulators decide where to build hazardous-waste sites, power plants and waste incinerators. It doesn’t help that these populations often lack access to fresh produce, health insurance, affordable homes, public transportation and economic opportunities.

Climate change is a public-health issue. It has been linked to chronic conditions, such as kidney disease, depression and chronic obstructive pulmonary disease, and can shove the body’s response to existing environmental assaults into overdrive. For example, people with asthma often experience more attacks during extreme heat and cold weather. As climate change continues to alter disease patterns and disrupt health systems, its effect on human health will become harder to ignore.

A recent report by the Union of Concerned Scientists found that climate change is poised to increase extreme heat significantly in frequency and severity, leading to more public-health risks across the U.S. In the U.S., urban communities of color, often also low-income areas, are especially at risk, particularly those living in counties in the Southeast, which have the highest concentration of African Americans. The situation is similar for Latinx populations. In the U.S. and globally, those least responsible for climate change are already the first to bear the brunt of its health effects. Low-income communities often do not have the resources to voluntarily evacuate during extreme weather events. In addition, economic and mental-health consequences abound when communities are displaced by environmental disasters.

We need policy changes that drive a just transition to a clean-energy economy and protect vulnerable communities from the impacts of climate change. At-risk communities should be given access to economical renewable energy; programs for affordable, climate-friendly heating or cooling options; and strong resilience measures to better cope with climate impacts. This, coupled with an ongoing honest dialogue and a principled partnership between decisionmakers and vulnerable populations, is fundamental to move forward toward a better, safer world as we work to tackle the mounting climate crisis. 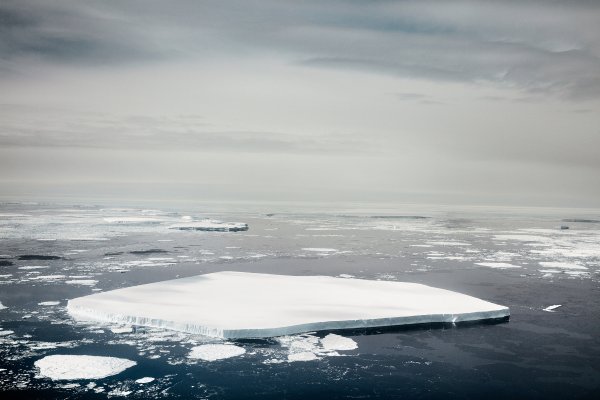 These Charts Show How High Sea Levels Will Rise if Antarctica's Ice Continues to Melt
Next Up: Editor's Pick