More than a century after they made history in Kentucky and West Virginia, the Hatfields and McCoys have become easy shorthand for the very idea of a family feud — even if the reasons their fight started can seem to have been lost to time.

“Exactly what made the clans so extravagantly unfriendly is open to conjecture,” Kurt Andersen noted in the pages of TIME in 1981. “Maybe Randolph McCoy was sore at a Hatfield for stealing a razorback hog. Maybe he was angry at his daughter Rose Anne, pregnant by Johnse Hatfield after a frolic in 1880, for moving, unmarried, into the Hatfield compound. Or maybe the cause was the packs of Hatfields who crossed the Tug Fork and went swaggering around the Kentucky election grounds. Whatever the reason, the furies were unambiguously loosed on a whisky-sodden day 100 years ago [in August of 1882]. One of McCoy‘s sons taunted an unarmed Ellison Hatfield, and Ellison’s riposte was intemperate and unprintable. Seventeen knife thrusts and one revolver shot later, Ellison lay mortally wounded. The eye-for-an-eye-for-an-eye retaliation began: three McCoys were captured by Hatfields under the command of Ellison’s brother Devil Anse, tied to a pawpaw bush, and shot to death. The skirmishing ended with the century, after at least 20 (and perhaps 100) men and women had died.”

But America’s oldest, and arguably most infamous, feud was also rooted deeper than a dispute among two families. What happened between them offers a window into larger forces at play in the United States at the tail end of the 19th century, as explored in the new PBS American Experience documentary The Feud, premiering Tuesday.

At the time, the Central Appalachia region was a unique location, not northern but not truly southern either, with its own culture and economy. While the lowland south relied on a plantation economy with crops like tobacco, cotton and rice, mountainous Appalachia had different natural resources, including access to waterways like the Tug Fork, abundant timber and opportunities for coal mining. As the nation’s economy sped up, train tracks were laid across the country and reliance on coal increased, an area that had long been overlooked became significantly more appealing.

But when outside interests came calling, the resulting transactions were often unfair: thanks to limited education, low literacy and an unfavorable judicial system, those who lived on the land often saw their property undervalued — or they were swindled outright. Families lost hundreds, and in some cases thousands, of acres of lands.

For families like the Hatfields and McCoys, the result could be disastrous.

Chuck Keeney, an Assistant Professor of History at Southern West Virginia Community College who appears in The Feud, tells TIME that, for many people in the region, the rising economic stakes caused heightened tensions within communities. Families like the Hatfields and McCoys wanted to preserve what they owned, and the friction between Appalachians and investors who wanted their land turned made the communities turn against one another.

“The fact that they were left out of a lot of the economic opportunities that they wanted to be a part of really enhanced and exacerbated the violence,” Keeney says. “As opposed to the railroading industry bringing civilization, it’s more like they actually brought more violence to the region.”

That industrialization became a catalyst changing the region not only economically, but also politically. Many state and local politicians favored industrialists, passing laws that favored their pocketbooks. “It went from being these county relationships, where individuals that lived in the local areas could benefit from those local relationships with politicians, to politicians switching their allegiances to absentee corporations,” Keeney says.

And as families moved away from the land where they’d built their homes and businesses, future generations also lost the property that had previously passed down to children from parents. Keeney believes that resentment by the generation that wouldn’t be as well off as the generation prior only further ignited the violence.

“Many of the McCoy sons were working as hired hands. They weren’t going to own their own homes. They were going to have to live in company homes,” he says. “There’s a lot of frustration.”

But when word of the feud between the Hatfields and McCoys got out to the rest of the country, the economic injustice wasn’t what made headlines. Rather, a sensationalized version of the story entered the country’s lore, as the Hatfield-McCoy feud was first told in local newspapers, then national outlets.

Many historians featured in The Fued agree that the publicization of this feud in an otherwise relatively stable community helped contribute to the negative “hillbilly” trope that follows much of rural America to this day.

“It’s not as though there wasn’t violence happening all over the country at this time, particularly in the West,” says Keeney, “but that was glorified violence and it was seen as bringing progress, whereas the violence in Appalachia was seen as impeding progress.”

In 2003, members of both families signed a truce — but modern versions of the economic and social forces at work in the Hatfield-McCoy feud perhaps still run as deep as ever. 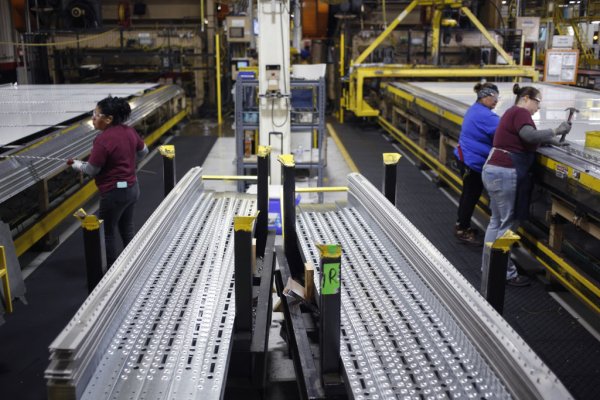