With apps like Seamless, UberEats and Deliveroo, the food delivery market is thriving. But it turns out the process of registering a new restaurant on these apps might not be as stringent as you’d expect.

A new video shared by YouTuber Josh Pieters demonstrates how people who think they’re ordering from an established Italian restaurant could end up with a microwave dinner. In the video, Pieters and his team manage to register their new “restaurant” — a.k.a. Pieters’ kitchen — on Deliveroo and begin selling microwaveable meals that they’ve purchased at the U.K. supermarket chain Waitrose to paying customers with little to no difficulty. Deliveroo did not immediately respond to TIME’s request for comment.

Pieters tells TIME that the process of getting his restaurant, “The Italian Stallion,” on Deliveroo took about two to three weeks. “Not that we were constantly doing stuff throughout that time,” he says. “It was obviously just a lot of back and forth making sure everything was right and then getting us signed on, waiting for the tablet to arrive and all that kind of stuff.”

In the video, Pieters speaks with a Deliveroo representative on the phone who tells him that he can operate without a hygiene rating as long as he’s put in an application for the inspection.

On the day that Pieters made The Italian Stallion available for delivery on Deliveroo, orders started coming in as soon as he added a discount to the restaurant. He and his prank partner, Archie Manners, then began having to run down to the Waitrose below Pieters’ apartment, pick up whatever ready meal the customers had ordered, heat up the food, package it and bring it down to the delivery person in the allotted 15 minutes that Deliveroo allows for food prep. Pieters says they ended up filling five orders in total.

“We weren’t sure how it was going to work,” he says. “At first we thought we might have to have the restaurant open for a week and get as many orders as possible. But as soon as we turned the discount on that night all of a sudden we got loads of orders. I mean, it was only five, but it felt like loads because we were running up and down to get the food.”

Pieters also decided to pay each customer back for the food they had ordered with cash included in the delivery since they were upcharging so much for microwaveable meals. But judging by the feedback they received on the food, it sounds like getting the money back was just an added bonus.

“We got feedback from two customers who said that the food was great,” Pieters says. “They were also thankful because we put back the amount of money in the delivery bag that the people had spent because we didn’t want to be ripping people off by charging them like £10-£12 for a meal even though we were buying the meals for a lot less.”

Pieters video has been watched over 183,000 times since he posted it on Saturday, but Pieters says he has yet to hear anything about it from Deliveroo.

“A lot of the videos we’ve been doing lately on my channel have just been trying to answer a question people might have,” he says. “So that concept of would this work and we had that same idea for the Deliveroo video: If I put my kitchen on Deliveroo, would it work? And thankfully it did so it made for a good video.”

Watch the full video about microwave meals on Deliveroo below. 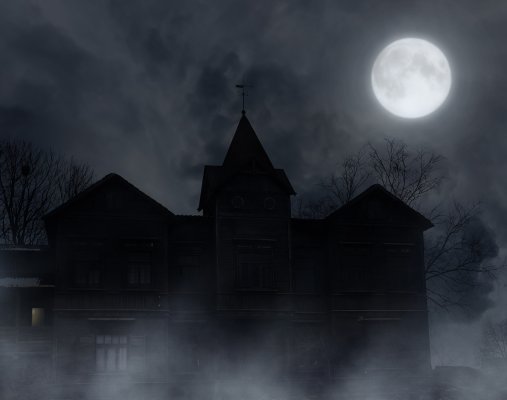 Everyone's Taking a Spooky Journey Through a $1 Million Mansion That Might Also Be a Gate to Hell
Next Up: Editor's Pick