Go Ahead, Take a Nap. A New Study Says They May Be Good for Your Heart

A new study says naps aren’t a lazy indulgence. In moderation, they may actually be good for your heart.

In a new paper published in the journal Heart, researchers found that Swiss adults who took one or two daytime naps per week had a lower risk of heart problems, including heart disease and strokes, than non-nappers. Since inadequate sleep is a known risk factor for a host of health problems, including cardiovascular issues, naps’ ability to replace lost nighttime sleep could make them a healthy habit.

During up to eight years of follow-up, 155 people had a heart problem. The researchers found that people who took one or two daytime naps per week had a lower risk of cardiovascular issues than non-nappers, even after adjusting for excessive daytime sleepiness (which can be a symptom of underlying health issues), nighttime sleep duration and demographic and lifestyle factors. The connection between more frequent naps and heart health was not as strong.

These short snoozes could be a valuable way to relieve stress and compensate for inadequate sleep at night, thereby protecting heart health, the paper says. Sleep deprivation is a known risk factor for conditions including obesity, diabetes, high blood pressure, stroke, heart disease and mental distress, according to the U.S. Centers for Disease Control and Prevention. So naps could help the roughly one-third of Americans who don’t get the recommended minimum seven hours of rest per night.

The new study did find an exception for adults older than 65. They did not see heart-health benefits associated with occasional napping, perhaps because they tend to have more health problems and nap for longer amounts of time than younger adults, according to the study. (While the new study did not find a strong link between nap duration and heart health, previous studies have linked long naps to cardiovascular issues.)

The study was limited by its observational design—which allows researchers to find only patterns, not cause and effect—and by the fact that participants self-reported their nap habits, meaning their recollection could have been imperfect. The study sample also had a relatively low number of heart issues overall. Still, the research adds support to the notion that napping is a healthy habit.

So how long is the ideal nap? While the new study didn’t answer that question, most experts say a 20-minute snooze is enough to reap benefits including better alertness, performance and mood. 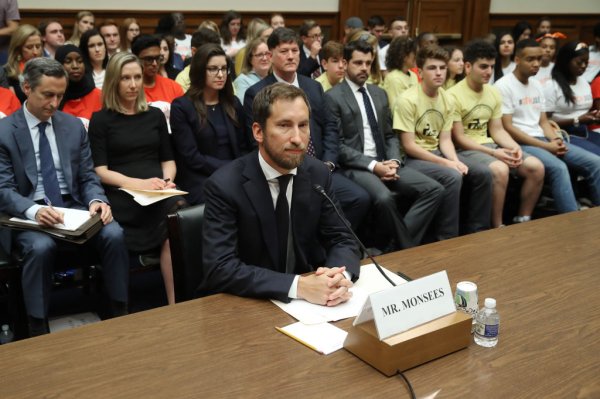 Juul Illegally Claimed That Its Products Were Safer than Cigarettes, FDA Says
Next Up: Editor's Pick