Cocoa pods hang from a tree on a farm outside of Kumasi, Ghana, on Tuesday, Feb. 12, 2008.
Jane Hahn—Bloomberg/Getty Images
By Olivia Konotey-Ahulu / Bloomberg

(Bloomberg) — It’s a nightmare scenario for a cocoa farmer: walking through your plantation you spot some red-veined leaves. Maybe it’s a big lump on one of the branches.

You know immediately the tree is doomed, infected by the deadly swollen-shoot disease. Even worse, the plants around it are probably contaminated too, but you can’t be sure because the symptoms can take years to appear.

Swollen shoot is unique to West Africa, where about three-quarters of the world’s cocoa is grown. The disease was identified nearly a century ago, yet scientists say a cure is years away and early detection methods are only just being introduced. This year, a devastating outbreak in the world’s No. 2 cocoa grower is renewing urgency to find a solution.

Ghana has cut its crop forecast by 11% this season because of the disease, people familiar with the matter said previously. About 16% of the country’s cocoa crops are infected, according to George Ameyaw, a senior scientist at the Cocoa Research Institute of Ghana.

“Looking at the Ghana situation, it’s bad, very, very bad,” he said. “The situation is already devastating, there’s a need for a radical regeneration of all those areas.”

Cocoa is a vital part of the economy in both Ghana and neighboring Ivory Coast, the biggest producer. The crop is grown in often remote and mostly poor areas by hundreds of thousands of small-scale farmers. Swollen shoot reduces yields on infected trees and eventually kills them.

“I wish more people would understand the sort of magnitude of the lives impacted,” said Judith Brown, a virologist studying swollen shoot at the University of Arizona. “It’s affecting people who rely on it 100% for their income.”

Francis Gyaben, who grows cocoa near Ghana’s southwest border with Ivory Coast, said about 60% of his 20-acre (8-hectare) farm has been ravaged by the swollen shoot virus. “I’ve been reduced to a young man starting life again, I’ve lost most of my source of livelihood to this virus invasion,” Gyaben, 60, said by phone. “I know some of the remaining trees have been affected by the disease and it’s only a matter of time that it becomes evident.’”

While Ghana’s output this year was severely affected by swollen shoot, Ivory Coast is headed for a record crop, so the affect on global cocoa prices has been muted.

Still, if swollen shoot isn’t brought under control in the long term, more cocoa production will shift to South America and the Caribbean, said Brown, whose research includes identifying different species of the virus using genome sequencing. Optimistically, it could take 15 years to make real progress in managing the disease, she said.

For now, farmers manage the virus by chopping down, burning and replacing trees that show symptoms. Yet that often has little effect in containing the disease, which is spread by tiny white insects called mealybugs.

To help address the problem, scientists from Africa, Europe and the U.S. formed an international task force to share information, said Herve Bisseleua, a scientist and director at the World Cocoa Foundation’s Ghana office.

Governments and chocolate companies including Nestle SA and Mars Inc. are also working through several initiatives on ways to improve how cocoa is grown. In one example, the Ghanaian government has tested the use of “barrier crops” – adding other plants such as citrus trees among cocoa crops so that the virus isn’t so easily transferred from leaf to leaf.

The Ghana Cocoa Board announced in July it will work with scientists at Israel’s Volcani center to find solutions to the disease. Drones could also be a useful tool to help detect signs of the disease in plantations, according to Brown.

The efforts to fight swollen shoot are having some effect, with early-detection tools now being introduced in Ivory Coast and Ghana, according to Bisseleua. Still, there’s a long way to go.

“The gravity of the potential impacts should not be underestimated,” he said. “No cocoa producing area has really experienced this before.” 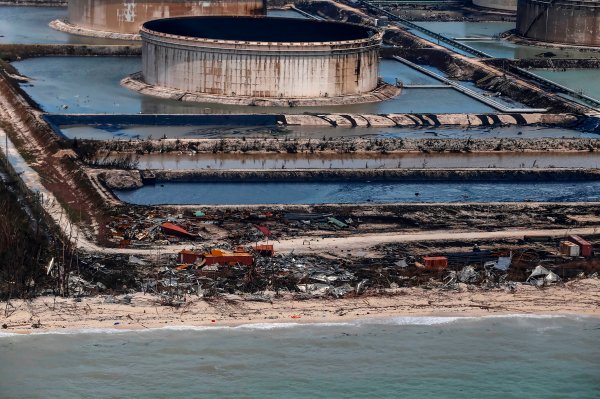