A General view showing the British Museum in London. May 28, 2019.
NurPhoto—NurPhoto via Getty Images
By Suyin Haynes

When you visit a museum, chances are you think more about the items you’re there to see than about the museum itself — much less about the meaning of museums in general. But while art and antiquities are what draw millions of curious visitors to museums each year, that last matter has long preoccupied the people who work in them. Is a museum simply a building to house objects? Is it there to engage with the public? To take an active stance on political issues? All of the above?

As the institution’s role evolves, a universal definition of museum has become the subject of heated argument. In fact, while the International Council of Museums (ICOM)’s Extraordinary General Assembly — a United Nations-style body for museums, in which 119 countries are represented — was supposed to vote on the matter over the weekend, the vote was postponed after “profound and healthy debate,” with little clarity as to when it might be rescheduled.

“From my perspective — and that of a number of other committees — the Extraordinary General Assembly was a strange and un-transparent descent into chaos,” Danish curator Jette Sandahl, who chaired the committee proposing a new definition, told TIME after the postponement.

At the heart of the matter is an attempt to outline exactly what a contribution to broader society could look like for museums today. The proposed new definition, which may be amended before another vote takes place, describes museums as “democratizing, inclusive and polyphonic spaces for critical dialogue about the pasts and the futures,” with a goal of contributing to “human dignity and social justice, global equality and planetary wellbeing.” That’s a departure from the current ICOM definition. Last updated in 2007, it states that a museum is a “non-profit, permanent institution in the service of society” with traditional functions such as acquiring, conserving, researching, communicating and exhibiting. (A similar definition was agreed upon by the U.K.-based Museums Association in 1998.)

To some, the new wording represents a worthy mission statement: updating a years-old definition and acknowledging that museums have a role to play in civic society, no matter where they are. But other experts have condemned the new definition’s “political tone,” decrying it as an “ideological” manifesto and expressing concerns that it doesn’t address the traditional functions of a museum.

The ICOM vote has brought new stakes — and attention — to a contentious debate that has raged within the industry for years, and has taken on higher stakes as institutions grapple with their role in countries facing increasing political and social change. European and U.S. museums have also found themselves held to greater accountability by historically marginalized and underrepresented communities, who now have the access to openly critique them on social media, and by those who call for greater acknowledgement of the history of colonialism in many museums’ collecting practices.

“As museums become more and more conscious of the strong social role they play, there’s a need for a more explicit platform of values from which we work,” says Sandahl, who is the founding director of the Museum of World Cultures in Sweden and the Women’s Museum of Denmark. “Saying that museums can only fulfill traditional functions or play these new roles is what I feel we’ve outgrown in the 21st century.” Sandahl wants that “or” to be replaced with an “and.” She also firmly rebukes the criticism that the new definition has a “political” tone: “When you say that something is political or ideological, well, is it political to work with marginalized communities and women, as many museums are doing now, or is it political not to?”

For the past two years, the U.S.-based #MuseumsAreNotNeutral online campaign has articulated similar sentiments, building on decades of activism work challenging the supposedly “neutral” status of institutions. “For me, it came from a lot of frustration in working in different places and being told the ideas I was proposing were too political,” says LaTanya Autry, a curatorial fellow at the Museum of Contemporary Art in Cleveland, who co-founded the campaign with Mike Murawski, director of learning and community partnerships at the Portland Art Museum in Oregon. “It doesn’t make any sense when people say museums are neutral and can’t be political. If you know the history of these places, you know they’re a product and project of colonialism.”

Autry and Murawski’s campaign, which since 2017 has raised funds for the Southern Poverty Law Center and for communities in Flint, Mich., through the sale of t-shirts branded with the hashtag, has provided a space online for people to openly critique the way the world’s top museums — many of which were established in the 18th and 19th centuries against a backdrop of imperialism — have operated in the past. As European colonialists traveled abroad, they would often bring “curiosities,” artifacts and treasures home for examination and display. Several museums have come under increasing calls to return these kinds of objects, such as the Benin Bronzes at the British Museum and African artworks in French institutions, to their native countries. For many, those histories mean museums are a place where visitors should think critically about the past and the future, echoing elements of the proposed alternative definition.

“If we are caring about the communities that we serve,” says Autry, “then we should be working to undo the histories of violence, histories of exclusion that have already existed.”

In many places, that work has already begun. Autry and Murawski cite Smithsonian Secretary Lonnie G. Bunch III as a museum leader fulfilling this mission, especially through his work as the founding director of the Smithsonian’s National Museum of African American History and Culture. As Bunch told TIME earlier this year, “one of the lessons we learned in building the African American museum is that the public has a real interest in the unvarnished truth…The Smithsonian will embrace and run with these issues and these stories so that the American public gets a fuller understanding of the complexity and the complexion of its history.”

This mission appears to be taking on greater urgency for some museums in recent years. Autry and Murawski say museum professionals in the U.S. were not exempt from the wave of activism that followed the emergence of the Black Lives Matter movement in 2014 and the election of President Donald Trump in 2016. And, Murawski adds, some of the issues that museums have been working on, such as human rights and climate justice, have during the same time come to be perceived as more partisan and political. Similarly in the U.K., the upheaval of Brexit, and the spike in racism and hate crime that occurred afterwards, has urged some museum leaders to think about how their institutions address issues of discrimination and prejudice. Museums have also been among the targets of calls to decolonize educational systems in the places like the U.K. and South Africa, which saw campaigns in 2015 in South Africa at the University of Cape Town and at the University of Oxford to rid the institutions of iconography that celebrates figures of the British Empire.

“Museums have a role in addressing societal issues, and these will continue to change over time,” says Laura Pye, the director of National Museums Liverpool. “That’s something I like about the new definition. It doesn’t name what those issues are, but [recognizes] that museums are civic spaces that have a role to play in addressing what the societal issues are at the time.”

Speaking from the ICOM meeting in Kyoto last week, Pye described Liverpool’s International Slavery Museum in particular as a “campaigning organization.” The museum focuses on the history of the transatlantic slave trade and its legacy in what was once the second biggest city in the British Empire, and also spotlights the issue of modern-day slavery in Britain. “We’re clear that we want to remind people that it’s not all in the past, and remind them that we all have a role to play in what our futures look like.”

That role can be broader than the focus of the museum itself; last week, National Museums Liverpool declared a climate and ecological emergency, joining the U.K.’s Tate art gallery group, which declared the same in July. (The Tate group, along with several other institutions in the U.K., was the target of protests from climate activists demonstrating against oil company BP’s sponsorship of the galleries, which ended in 2016.) Both cases could be examples of the “planetary well-being” element of the definition that had been up for a vote — but not everyone would agree that such developments are a reason to support the new definition.

“We don’t know what this [definition] should signify exactly,” says Beate Reifenscheid, president of ICOM Germany, which was vocally opposed to the proposed definition and one of several member countries that called for the Sept. 7 vote to be postponed. “We think that museums can be a lot, but they should not be everything, and the definition should be sharper.”

The aspirational nature of the proposed definition was also a sticking point for experts Autry and Murawski, and for museum director Pye, who agrees with the sentiment but feels the language relies too much on jargon to describe a mission meant for all.

In contrast, curator Sandahl sees the definition proposed by her committee as catching up to practices that are already ongoing in the museum world. “People talk about [the proposed definition] as empty buzzwords, but these are values on which I certainly have built institutions, and these are guidelines that museum professionals use in creation and the way we run institutions. These are ethical points of view,” she says.

While the postponement of the vote shows how contentious the debate last week in Kyoto was, most agree that the function of museums has already changed — and must continue to do so— in response to society changing.

“We need to work with relevance into the context we live in, and this certainly makes that clearer,” says Sandahl. “There is no apolitical space or point of view. Museums are always political.” 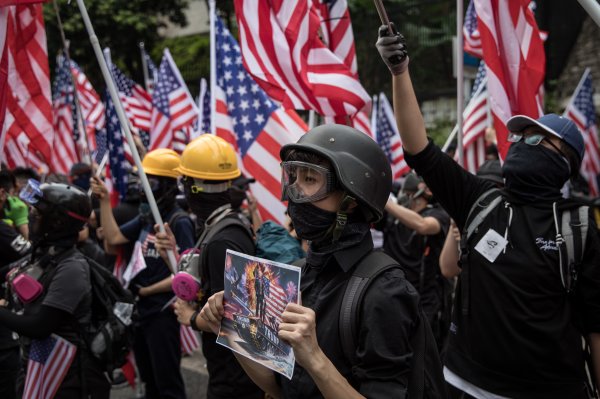