Retail giant H&M announced Thursday that it will suspend leather purchases from Brazil over concerns that the material is linked to fires that have devastated the Amazon this year.

H&M said that it is issuing a temporary freeze on orders until it is confident that the material is not causing “environmental harm,” according to Agence France-Presse (AFP).

“Due to the severe fires in the Brazilian part of the Amazon rainforest, and the connections to cattle production, we have decided to place a temporary ban on leather from Brazil,” the Swedish fashion firm said in a statement to AFP.

Another major company, VF Corporation, which owns brands Timberland, Vans and The North Face, announced late last month that it would stop buying Brazilian leather due to concerns about destruction of the Amazon, according to AFP.

A record number of forest fires have burned in the Amazon this year, according to Brazil’s Instituto Nacional de Pesquisas Espaciais, a space research center, which tracks fires through satellite data. In late August, the agency said that it had detected more than 74,000 fires in the Brazil, an 83% increase in fires from the same time in 2018.

There are signs that the recent fires in the Amazon were at least, in part, started deliberately. According to a publication from the southern part of the Amazonian state Pará, farmers and ranchers in the region organized coordinated action on Aug. 10 to set fires to clear land for pastures, and in doing so, demonstrate their desire for work.

Read More: The Real Reason the Amazon Is On Fire

On August 25, Brazil deployed troops to fight the fires, which have prompted an international outcry. Three days later, Brazil’s President Jair Bolsonaro signed a 60-day ban on the use of fire to clear land.

According to the World Wildlife Federation (WWF), 10% of the world’s species live in the Amazon. The rainforest stores 90 to 140 billion metric tons of carbon, and the release of “even a portion” of that “would accelerate global warming significantly,” according to WWF.

H&M is one of dozens of fashion firms that has pledged to reduce its greenhouse gas emissions by 30% by 2030, reports AFP. 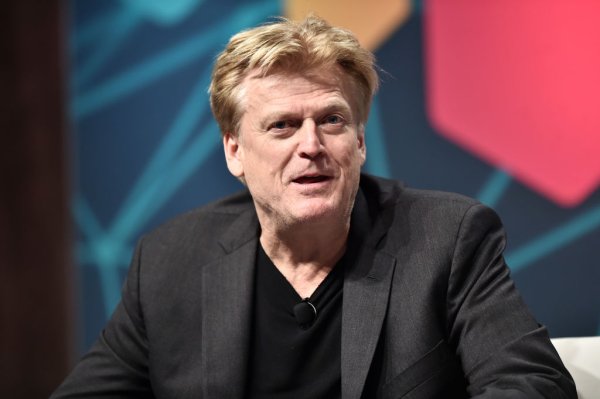 Overstock CEO Resigns After Message About ‘Deep State’
Next Up: Editor's Pick