Lots of great ideas sound ridiculous at first. Putting mold on infected wounds sounds like a pretty bad idea, but it turned out to be revolutionary. On the other hand, not all creative ideas are good. Plugging an electrical power strip into itself to produce infinite power is exactly as ridiculous as it sounds. Here are some other ideas for producing energy, which I can guarantee, are bad—but maybe they’ll inspire someone to come up with a better one.

The ground exerts a force over a distance, and that equals energy. An inch of movement a year isn’t much, but it has a virtually infinite force. Could you harness it to generate electricity?

Suppose you built a pair of giant pistons on two sides of a fault line created by two areas of crust sliding past each other. As, say, southward- and northward-moving pistons approached each other, they could compress a reservoir of fluid between them.

The pressure on the fluid would build up over time and could be used to drive a tur­bine. This whole system is ridiculous and technically infeasible for a lot of reasons. A big one is cost.

The “roots” of the structure that anchored the generator would need to extend outward a great distance to enlist a lot of crust. Too small an area of crust might just be locked in place by the generator, causing new fault lines to crack around it. Of course, size presents problems. If the roots were made of steel and extended 5 km in each direction, they would weigh 60 billion tons and cost around $40 billion.

With the help of some simple mechanisms, you can turn that potential energy into electrical energy instead. Escalators are really just big metal waterfalls, and you can use the moving stairs to turn an axle, just like a waterfall turning a waterwheel at a mill.

The amount of power you can extract from an escalator this way can be substantial. The mechanical work an escalator does each minute is simple to calculate—it’s equal to the peak number of passengers per minute times weight per passenger times the escala­tor’s height times the acceleration of gravity. When fully loaded with people, a two-story escalator might easily output 10 kilowatts of mechanical power, much of which you could capture with a well-designed wheel. That’s enough to run an entire house.

Some theoretical models of the universe suggest that the quantum fields that make up space exist in what’s called a “false vacuum.” After the Big Bang, the fabric of space settled from a high-energy chaotic quantum froth into its current form. Under these models, the form it “settled” into isn’t really settled — space-time itself contains a certain amount of ten­sion, and if perturbed in the right way, this tension could be released, and space would fall into a fully relaxed, truly settled state.

Until that happens, however, the false vacuum represents a huge amount of potential energy in every cubic meter of space. Your backyard has lots of easily reachable space — could you trigger vacuum decay and solve the world’s energy problems forever?

To answer this question, I contacted astrophysicist and end-of-the-universe expert Katie Mack, who teaches at North Carolina State University. I asked Professor Mack how much power would be released if someone triggered vacuum decay in their yard, and whether it could be harnessed to power their home. Her response: “Please do not do that.”

“If you could decay the vacuum locally, it would in principle release the energy of the Higgs field, probably in the form of extremely high energy radiation,” she said, “but along with that energy you’d get a bubble of true vacuum expanding at the speed of light, mak­ing it impossible to harness any of the energy before the bubble envelops you. That true vacuum bubble would incinerate you, then destroy all your particles, and then devour the entire universe. And then immediately collapse it.”

Luckily for us, the fact that the universe has existed for this long without decaying sug­gests that, even if the false vacuum theories are correct, vacuum decay isn’t particularly likely any time soon.

“Even though vacuum decay is pretty much inevitable if our current understanding of particle physics is correct, it’s astronomically unlikely to happen any time in the next several trillion years. There are better and more efficient ways to get energy,” added Mack. “For instance, why not create a tiny black hole and use the radiation from its Hawking evaporation like a campfire? Depending on the mass, you could get a nice steady glow that lasts for years before it spectacularly explodes in its final disintegration!”

That sounds much more practical.

Adapted from How To by Randall Munroe. Published by arrangement with Riverhead, a member of Penguin Random House LLC. Copyright © 2019 by xkcd inc. 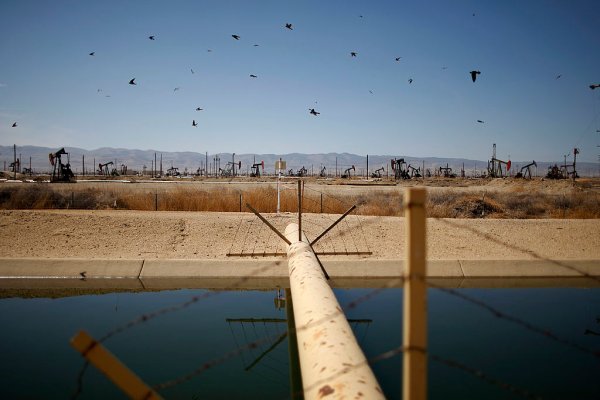 Why President Trump Cut a Methane Regulation That Even Big Oil Companies Wanted to Keep
Next Up: Editor's Pick