Cilla Carden, a vegan massage therapist from Girrawheen—a suburb of the Western Australian city of Perth, believed that her neighbors were using a barbecue as a new front in a long-running war between neighbors. “They’ve put [the barbecue] there so I smell fish, all I can smell is fish. I can’t enjoy my back yard, I can’t go out there,” Carden told Nine News Perth.

Carden believes the barbecuing is not just a family preparing their supper, but part of a campaign to irritate her, which is why she filed a lawsuit in the Supreme Court of the state of Western Australia, claiming that her neighbors, Toan Vu and his wife and children, breached residential laws. “It’s deliberate, that’s what I told the courts, it’s deliberate,” she said in the local news interview.

While Carden claims all she “wanted…is to live my life in peace,” the lawsuit she filed also alleged that it was more than just the smell of grilling fish that was disturbing her. She also took issue with cigarette smoke in their garden, because the fumes waft over into her yard. She is also frustrated by the sound of the neighbors’ children playing basketball and making noise in the yard. The legal saga has dragged on since August 2017, according to The Guardian.

While Carden sought relief from the onslaught of smells and noise in the courts, her case was thrown out by a tribunal and a Supreme Court judge who sided with the neighbors. “What they are doing is living in their backyard and their home as a family,” said the State Administrative Tribunal of Western Australia, according to the Evening Standard.

Carden wasn’t ready to give up yet, though, and filed an appeal. That too was dismissed by the court. While Carden may not be satisfied with the outcome of her legal case, according to Australia’s News, her neighbor removed the barbecue from his yard and banned his children from playing basketball. Carden, though, plans to continue her legal fight. 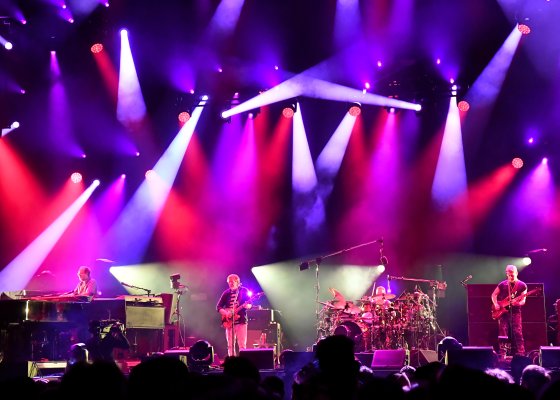 Camping at the Phish Concert Is Cancelled Due to Plague-Ridden Prairie Dogs
Next Up: Editor's Pick