In David Michôd’s The King, our first glimpse of Timothée Chalamet as Prince Hal, future king of England, is as a youthful miscreant passed out on a bed, his hair a rock-star tousle on the pillow, his feet dirty from a night of carousing, or maybe from just living in the early 15th century. He’s the bad boy who will be king, when he eventually rolls out of bed. And he’s proof of the enduring nature of Shakespeare, even in a picture that never references the name of the world’s most famous playwright. The King—playing out of competition here at the Venice Film Festival and produced for Netflix—doesn’t cite the Henriad plays as its source material, and it doesn’t use Shakespeare’s language or strictly follow every character arc. But it’s a riff that makes an often-told story feel vital and fresh. In its vibe, it’s not Shakespeare for purists, it’s Shakespeare for people—the original audience all along.

When we first meet him, Chalamet’s Prince Hal is heir to the throne of his father, the ailing Henry IV (Ben Mendelsohn), puffy and listless in his stripey dressing gown. Hal has zero interest in ruling a country. He’s philosophically opposed to anything so morally complicated, and he’d rather carouse with his pal, the jolly yet secretly pensive Falstaff (Joel Edgerton), a former knight who now spends his time drinking and committing petty acts of thievery to finance his partying.

Fate intervenes, and Hal must step into the role of king. His Strokes-style haircut is shorn into a tidy little bowl shape, presumably so that oh-so-heavy crown will fit better. (Michôd condenses the coronation into a neat bit of shorthand, showing Hal, now Henry, from the knees down, striding forth in his red velvet coronation robe—still with the bare feet.) The young king, busy with new toys, forsakes Falstaff for a time, fully earning his friend’s resentment, though their eventual reconciliation will shift the course of his reign.

The King, written by Michôd and Edgerton, zips along—it never feels like a slog, though it still has a satisfyingly hefty dramatic weight. Michôd dramatizes the muddy, bloody battle at Agincourt with some thoughtful visual brush strokes: At one point we see, from above, a major character in the center of a scrum of enemy knights, their helmets vibrating like muddy silver molecules. And he knows how to fold in a few comic touches without breaking the mood: Robert Pattinson shows up as a haughty Dauphin, leering at our young King Hal through a haze of condescension. “I enjoy to speak English,” he assures his nemesis in a supercilious purr. “It is simple and ugly.”

Then there’s Chalamet, who’s just about everybody’s Tiger Beat crush these days. But if anyone remains unconvinced that he’s a fine actor as well, The King might do the trick: His eyes have a dark, hypnotic solemnity, as if he’s weighing every word he hears for secret meaning—when you’re a king, you must know who your friends are, although, as Falstaff grouchily reminds him, “A king has no friends; only followers and foe.”

But as winsomely solemn as Chalamet is, it’s Edgerton’s Falstaff who won my heart. There will never be a greater movie Falstaff than Orson Welles, the star and brightly burning center of his own 1965 Chimes at Midnight. But Edgerton puts a mindful spin on the character. The scowl he wears behind his scruffy beard can have any one of multiple meanings, and sometimes a few mixed together. He’s grouchy and wary and tender, a sozzled hedonist who seems to be out only for himself, but who is actually the human equivalent of a rough ceramic pitcher, ready to pour out generosity where it’s needed. With The King, Michôd (the director behind Animal Kingdom and The Rover), has made a fine big-screen entertainment that most people will probably watch at home, on a Netflix-sized rectangle. But that doesn’t diminish what he and Edgerton have pulled off. Their retelling honors a classic story and opens its grandeur to a new audience—even as it gives an elbow-poke to those who have seen it all before, or who only think they have.

The original version of this story misstated the status of The King at the Venice Film Festival. It is playing out of competition, not in competition. 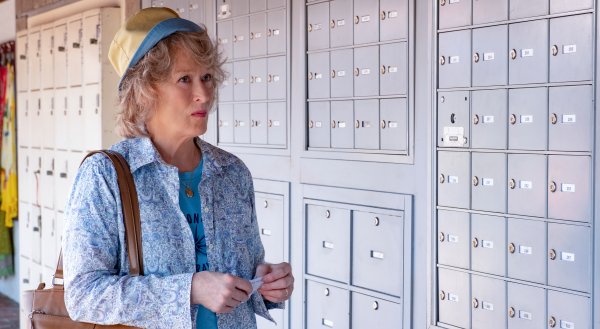 Steven Soderbergh’s The Laundromat Does More Than Explain the Panama Papers—It’s a Rallying Cry Against Greed
Next Up: Editor's Pick