A SpaceX Falcon 9 rocket launches from Vandenberg Air Force Base carrying the SAOCOM 1A and ITASAT 1 satellites, as seen during a long exposure on October 7, 2018 near Santa Barbara, California.
David McNew—Getty Images
By Craig Trudell / Bloomberg

Three months after Elon Musk’s SpaceX launched the first set of what will be a broadband-providing constellation of satellites, other operators are already veering to keep their own spacecraft out of harm’s way.

The European Space Agency tweeted Monday that it fired the thrusters on its Earth observation satellite Aeolus to avoid a potential collision with one of SpaceX’s Starlink satellites. The Musk-led company launched the first 60 of its satellites in May, getting a jump on fellow billionaire Jeff Bezos’s Amazon.com Inc., which is pursuing a similar endeavor called Project Kuiper.

While the ESA said this is the first time it’s performed a collision-avoidance maneuver to protect one of its satellites from colliding with a constellation, they’re poised to become so common that using a manual process will be impossible. The agency said in a tweet that it’s preparing to automate avoidance maneuvers using artificial intelligence.

Representatives for SpaceX didn’t immediately respond to an emailed request for comment. 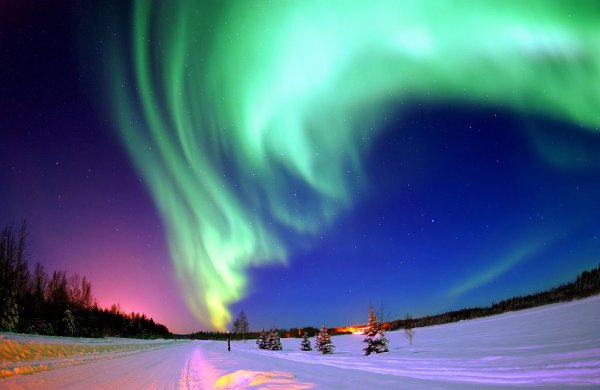 Northern Lights Could Be Visible in U.S. This Weekend
Next Up: Editor's Pick