U.S. Navy Sends 6 Ships Out to Sea to Ride Out Hurricane Dorian

The U.S. Navy is sending six warships out to sea to ride out Hurricane Dorian before the storm makes landfall.

The coastal patrol ship USS Shamal––motto, “the Fury of the Storm”––left Naval Station Mayport outside Jacksonville on Thursday.

The ships will go to areas of the Atlantic where they will not be in the storm’s path. Hurricane Dorian is expected to bring Category 4-strength winds of 138 mph and up to 18 inches of rain to the Florida coast.

“Our top priority must always be the safety and security of our ships and aircraft, as well as our Sailors and families. We move our ships and aircraft in order to mitigate potential damage,” Rear Adm. Don D. Gabrielson said in a statement. “When maintenance status prevents storm avoidance, we take extra precautions to best protect these units.”

According to Bill Austin, a spokesperson for Naval Station Mayport, the ships that are staying behind are having maintenance work done and will take precautions to avoid damage.

Officers who are with the ships that are staying in port have a variety of options when dealing with the storm, including adding more storm lines to the ship, dropping the anchor and disconnecting power cables.

Hurricane Dorian is now a category 2 storm. It is expected to move over the Bahamas on Sunday and make landfall in Florida on Monday. 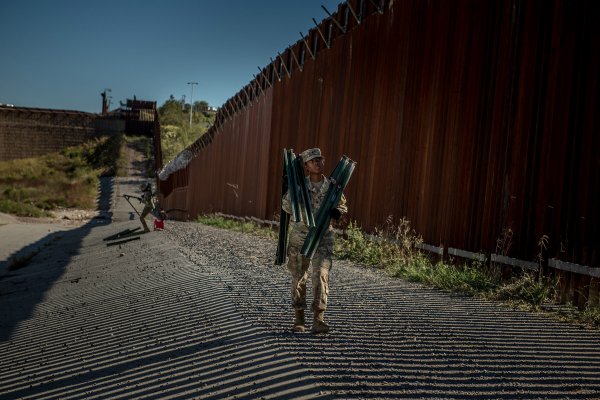 Troops Are Not the Answer to the Crisis at the Border
Next Up: Editor's Pick