Protests in West Papua Have Turned Violent Amid an Internet Blackout. Here's What to Know

Protests have gripped the Indonesian province of West Papua for more than a week as racial and political tensions boiled over into violence. Information is scarce due to an Internet blackout in the remote region, but reports claim several people have died in clashes between pro-independence demonstrators and Indonesian authorities.

Here’s what to know about the demonstrations as they stretch into their second week:

What sparked the protests?

The most recent unrest appears to have been sparked by the mass arrest of Papuan students in Surabaya, a city on the island of Java. Citing Papuan activists, the Guardian reports that 43 students were detained in relation to the destruction of a flag during celebrations marking Indonesia’s independence on Aug. 17. The episode led to a chaotic confrontation in which students barricaded themselves inside a dormitory to fend off an angry mob, and police reportedly threw tear gas inside the building and yelled racist slurs at the Papuan students, calling them derogatory names like “monkeys” and “pigs.” The following Monday, protests erupted in the West Papuan capital Manokwari, soon spreading to other parts of the province. Demonstrations showing solidarity with West Papuans have also been held in the Indonesian capital Jakarta.

Protesters face off with Indonesian police in Manokwari, Papua on Aug. 19, 2019.
STR—AFP/Getty Images

The protesters are demanding independence and racial justice. West Papua, which is located on the island of New Guinea, is a former Dutch colony that was temporarily designated as part of Indonesia upon the withdrawal of the Dutch administration. A 1969 referendum on the province’s autonomy, recognized by the international community but rejected by many Papuans as deeply flawed, declared it a part of Indonesia. “Free Papua” campaigns have since emerged calling for self-determination. The independence movement has primarily taken the form of peaceful protest and diplomacy, but at times has led to guerrilla warfare tactics against Indonesian authorities. The Indonesian government has been accused of violently suppressing the indigenous community.

How severe is the violence?

At least six protestors and one soldier reportedly were killed during unrest in the region’s Deiyai regency Wednesday, according to Al Jazeera, and several others including children were wounded. But a national police spokesman disputed the allegation that demonstrators were killed, saying one soldier died and three police officers injured when protestors stormed a district chief’s office with arrows and machetes.

The Associated Press reported that police said at least one soldier and two civilians were killed in the clashes.

Last Monday, protestors in the city of Sorong torched several buildings, including a jail, Agence France-Press reports. Demonstrators reportedly threw rocks at prisoners as they set the prison ablaze, while riot police deployed tear gas and water cannons to disperse the crowd.

A government-enforced internet shutdown has stymied the flow of information from the region, making claims difficult to verify. Authorities say the shutdown is a “matter of national security,” according to an NPR report citing local media, but human rights groups have criticized the blackout as an attempt to cover up potentially violent suppression of protestors.

Response from Indonesian authorities has been sparse. But last week, President Joko Widodo — known as Jokowi — called for peace and said that the government will try to look after “the honor and welfare” of all people in the restive region, according to Al Jazeera.

“My brothers and sisters in Papua and West Papua, I know you feel offended,” Jakowi said in a statement. “Therefore, as fellow countrymen, to forgive each other is the best. You may get angry but forgiving is better.” 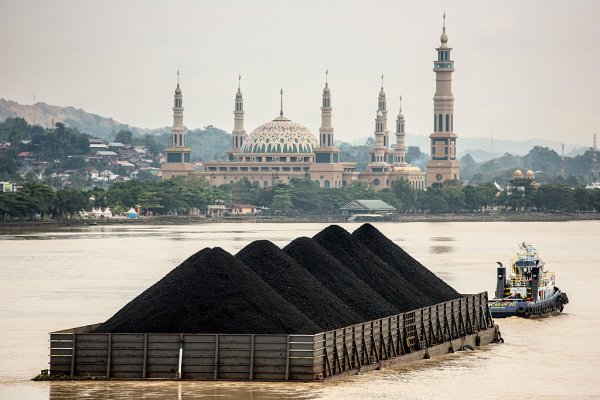 Indonesia Plans to Move Its Capital to the Island of Borneo
Next Up: Editor's Pick