Climate Activist Greta Thunberg, 16, Arrives in New York After Sailing Across the Atlantic

Teenage climate activist Greta Thunberg arrived in New York City on Wednesday after sailing across the Atlantic Ocean to call attention to the need for quick action to save the planet.

Thunberg, a 16-year-old from Sweden, embarked in the racing sailboat Malizia II from Plymouth in the United Kingdom two weeks ago on the trip to the U.S. to attend the United Nations Climate Action Summit, which is scheduled to take place in September at the U.N.’s headquarters in New York.

After disembarking from the vessel at a Manhattan marina, Thunberg was greeted by a crowd of supporters, including a group of fellow high school students carrying homemade signs. The students broke into chants as the sailboat slowly pulled into the marina in Lower Manhattan, including “Sea levels are rising and so are we!” and “There is no Planet B!”

Swedish climate activist Greta Thunberg, 16, arrives in the US after a 15-day journey crossing the Atlantic in the Malizia II, a zero-carbon yacht, on Aug. 28, 2019 in New York.
JOHANNES EISELE—AFP/Getty Images

Thunberg seemed a little weary from her journey, but spoke forcefully about climate change. While she doesn’t expect everyone to cross the Atlantic Ocean in a boat like she did, she said that she believes it’s time for people to come together to fight climate change.

“The climate and ecological crisis is a global crisis and the biggest crisis humanity has ever faced,” she said shortly after she stepped on shore. “And if we don’t manage to work together and to cooperate… then we will fail.”

Thunberg said that while she’s hoping to spread the word about climate change, one person isn’t the primary focus of her message––President Donald Trump.

“My message for him is just listen to the science, and he obviously doesn’t do that. As I always say to this question, if no one has been able to convince him about the climate crisis, the urgency, why should I be able to do that?” Thunberg said.

Thunberg launched her campaign for action on climate change just last August, when she sat outside of the Swedish Parliament in Stockholm holding a sign inscribed with the phrase, “Skolstrejk för Klimatet” (School Strike for Climate). In the year since, she helped to organize a March 15 strike believed to have been joined by 1.6 million people in 133 countries; met with world leaders, including Pope Francis; and was nominated for the 2019 Nobel Peace Prize.

Thunberg has drawn attention to the greenhouse gas emissions caused by air travel. In Sweden, she is credited for the spread of “flygskam”––flight shame––which reports say may have encouraged some Swedes to avoid traveling by plane.

People welcome climate activist Greta Thunberg to New York as she arrives in the US after a 15-day journey crossing the Atlantic in the Malizia II, a zero-carbon yacht, on Aug. 28, 2019.
KENA BETANCUR—AFP/Getty Images

The Malizia II is a 60-foot vessel is designed to be emission-free, and is equipped with solar panels, hydro-generators and an onboard lab for measuring CO2 levels and other information about the surface of the ocean.

The teen set sail two weeks ago with a small group, including her father, Svante Thunberg, and co-skippers Pierre Casiraghi––grandson of Rainier III, Prince of Monaco and Grace Kelly––and professional sailor Boris Herrmann, who has travelled around the world three times and made “countless” journeys across the Atlantic, according to Herrmann’s website.

As the vessel was designed for racing, it was built for speed––but not comfort. Herrmann’s website acknowledges that the boat lacks many amenities, including cooking facilities, a toilet and a shower, although “comfortable mattresses” were added for Thunberg’s voyage.

Several young people said that they had first learned about Thunberg from YouTube, but had been motivated to act because they’ve learned how climate change is impacting people around the world.

Olivia Wohlgemuth, a 16-year-old student at LaGuardia High School, tells TIME that while she’s worried about the future, protesting to raise awareness gives her hope.

“I always feel so hopeful at protests. Climate change can be so bleak and action can be an antidote to that,” Wohlgemuth said.

The Malizia II, a zero-carbon yacht, with Swedish climate activist Greta Thunberg, 16, arrives in the US after a 15-day journey crossing the Atlantic in on Aug. 28, 2019 in New York.
JOHANNES EISELE—AFP/Getty Images

Several teenagers, including 15-year-old Dwight School student Alessandro Dal Bon, said that Thunberg had been the inspiration for them to get involved with climate activism.

Thunberg thanked the sailboat’s team and said that the trip had been “surprisingly good,” noting that she hadn’t gotten seasick. She said that she would miss feeling “disconnected” from the world during the journey.

“To just sit, literally sit for hours, and just stare at the ocean not doing anything. That was great. And I’m going to miss that a lot,” Thunberg said. “And of course, to be in this wilderness, the ocean, and to see the beauty of it. “ 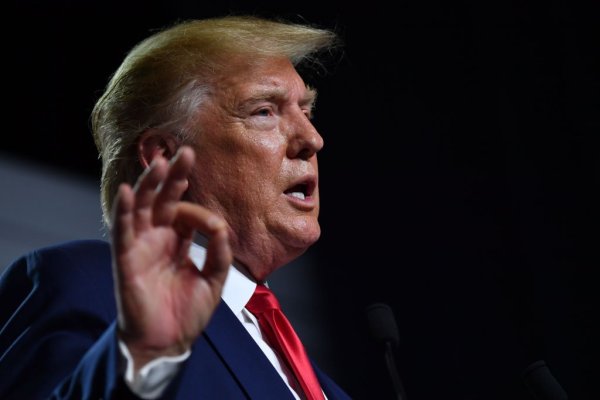