Malaysian prosecutors will seek to prove that Najib Razak acted together with fugitive financier Jho Low in their alleged roles in 1MDB, as the former premier faces his biggest trial linked to the troubled state fund.

“In truth, Jho Low was the accused’s mirror image,” prosecutor Gopal Sri Ram said in his opening statement in the Kuala Lumpur court. “The prosecution will establish facts which will give rise to an irresistible inference that Jho Low and the accused acted as one at all material times.”

The 25 charges Najib faces revolve around 1MDB’s multibillion-dollar bond sales and acquisitions. That includes accusations he received 2.08 billion ringgit ($495 million) of bribes related to a letter of government support for $3 billion of 1MDB bonds in 2013, as well as allegations he accepted 49.9 million ringgit linked to a $975 million loan facility from Deutsche Bank AG. He has pleaded not guilty to all the charges. Jho Low, or Low Taek Jho, has denied any wrongdoing in response to charges against him in the U.S. and Malaysia.

The start to the proceeding was postponed many times as it clashed with Najib’s first 1MDB trial, which involved local transactions by the state fund’s former unit. The delays point to the massive task Prime Minister Mahathir Mohamad has ahead of him in getting to the bottom of the 1MDB scandal. Since wresting power from Najib last year, the prime minister has prioritized investigations into the scandal, as well as recouping funds believed to be lost through the scandal-ridden fund.

Goldman Sachs Group Inc.’s lawyer is also present in court to hold a watching brief. Malaysia has charged three of the bank’s units as well as 17 of its current and former directors over $6.5 billion of bond in bonds the bank arranged for 1MDB in 2012 and 2013.

Here are a few of the charges Najib faces today: 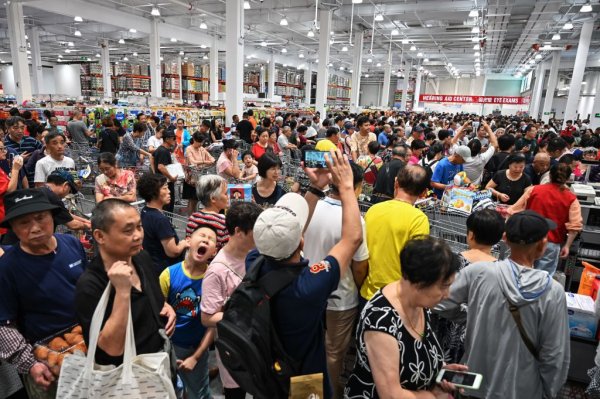 Customers Fight as Costco Opens First Store in China
Next Up: Editor's Pick