A white local news anchor in Oklahoma has apologized after a segment which saw her joking on-air that her black colleague looked like a gorilla went viral.

Alex Housden, an anchor for Oklahoma City’s KOCO 5 News, was reporting on a young gorilla from the Oklahoma City Zoo last week when she told her co-host, Jason Hackett, that the animal “kind of looks like you, when you take a picture.”

Hackett chuckled nervously and said, “Kind of does actually, yeah.”

The following day, a tearful Housden said on-air that she was sorry for the comment. Sitting on a couch beside Hackett, Housden apologized to him and to the “entire community.”

Hackett told her that he accepted her apology. “All that being said — Alex will be the first to admit this to you — what she said yesterday was wrong. It cut deep for me and it cut deep for a lot of you in the community, as well. I’ve heard the phone calls and your Facebook messages as well,” Hackett continued. He added that he hoped that the situation could become a “teachable moment” that would illustrate the power of words to wound people.

As the video disseminated, online commentators expression frustration and anger. Many have called for Housden to be fired. Reached on Tuesday, however, a KOCO staff person told TIME that the news station is not commenting on the situation or on personnel matters.

Jay Connor, a writer at the black news and opinion site The Root, pointed out how Hackett was laughing as Housden made the original comment. 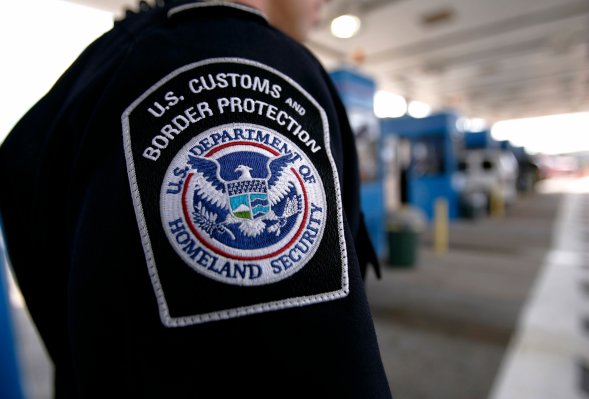 The U.S. Border Patrol Has a Drug Dog Named Adolf—And Has No Plans to Change Its Name
Next Up: Editor's Pick