The Real Reason the Amazon Is On Fire

On the afternoon of Aug. 19, the sky over São Paulo, Brazil’s largest city, went dark. A cold front combined with ash from forest fires in the Amazon rainforest and formed ominous clouds that blocked out the sun. Photos of the blackened sky began to pop on Twitter, and soon the world was paying attention to the blazes rampaging across the forest called “the lungs of the world.” Many blame President Jair Bolsonaro’s rhetoric as the central factor in the crisis. Less obvious are the ways the conflagration stems from years of slashing government budgets for the environment and dismantling support for indigenous and traditional subsistence communities.

For example, Bolsonaro’s predecessor, Michel Temer, reorganized the government and wielded his budget scissors liberally. Temer downgraded a ministry focused on supporting sustainable family farms and chopped funds for environmental protections and science. In 2017, Temer cut the federal science budget by 44% and took nearly the same amount from the discretionary budget of IBAMA, Brazil’s environmental agency. In April 2019, Bolsonaro continued the trend, cutting IBAMA’s budget by 24%. Those cuts left the agency unable to cover its fixed costs and left it without resources for patrolling and enforcement.

A spokesperson for IBAMA says that its budget has been reinstated to what it was prior to the April cuts. Nonetheless, thus far in 2019, IBAMA has issued only one third of the fines it did over the same period last year, according to Folha de São Paulo, one of Brazil’s largest newspapers. The drop is likely a result of both a lack of funding and political will. Earlier this year, Bolsonaro had IBAMA fire an agent, who happened to have fined Bolsonaro years ago for illegal fishing.

In a similar vein, after the Brazilian space agency, called INPE, released new satellite data showing a 278% increase in deforestation in July compared to the same period last year, Bolsonaro fired the agency’s head, suggesting that the data were trumped up in order to tarnish the country’s image.

Brazil’s strong agriculture sector has ratcheted up pressure on forests. Agriculture has been the strongest performing sector of Brazil’s economy in recent years, and the US-China trade war has positioned Brazil well to replace the US as the global leader in soybean exports. The demand for soybeans has created pressure to rapidly clear forests and plant. Jair Bolsonaro’s oldest son, Flávio Bolsonaro, a senator, has introduced a bill that would eliminate a requirement that rural properties in the Amazon maintain 80% of their native vegetation.

Meanwhile, the president has regularly challenged criticism about his government’s environmental policies in a way some see as condoning deforestation. “The Amazon is ours,” Bolsonaro told journalists in mid-July. “We preserve more [rainforest] than anyone. No country in the world has the moral right to talk about the Amazon. You destroyed your own ecosystems.”

Fabiano Lopez da Silva, head of Fundação Vitoria Amazonica, an environmental non-governmental organization based in Manaús, says such rhetoric stimulates illegal deforestation. “[Farmers and illegal loggers] can go forward with illegal fires. There won’t be any sort of [fiscal enforcement] or monitoring or fines for this kind of activity,” says Lopez da Silva.

There are indications that these latest fires may have at least in part been the result of political acts. According to the Folha do Progresso, a publication from the southern part of the Amazonian state of Pará, farmers and ranchers in the region organized what they called “a day of fire” for Aug. 10, where they would set forests aflame to clear land for pasture and planting. Their goal, according to the outlet, was to show Bolsonaro they wanted to work, and burning down trees was the way to do that. In the following 48 hours, forest fires spread rapidly in the region. The New York Times reports that farmers set the bulk of these fires, but that they targeted land already cleared for agriculture, not old-growth forest.

Similarly, the environment secretary for the state of Amazonas, Eduardo Taveira, told TIME that in the southern part of the state, the agency has seen an unusually large number of fires in areas where man-made forest fires are an annual issue. Taveira and Lopez da Silva both noted that forest fires in the Amazon are almost never the result of natural causes.

Meanwhile, by reorganizing the government and cutting budgets, the Bolsonaro administration has undercut environmental policing power. For the last few years, during the dry season (which runs from June to December) IBAMA has maintained an enforcement base in Novo Progresso, a city in the state of Pará at the epicenter of the current forest fires. When IBAMA agents patrol the countryside looking for illegal logging and other violations, military police generally accompany them to ensure their safety, since Brazil ranks as one of the most dangerous countries in the world for environmental activists. But this year, shortly after demonstrations near Novo Progresso where farmers burned bridges and tires to protest IBAMA’s enforcement actions, the state military police were removed from this detail. Though the police respond to the state government, it’s hard not to see removing police protection as tacit permission to break the law.

Bolsanaro’s administration declined to respond to emailed questions from TIME.

On Aug. 23, Bolsonaro made a televised speech to announce “zero tolerance” for environmental crimes, and said Brazil would deploy its armed forces to cope with the forest fires. In the same speech, however, he reaffirmed the need to provide economic opportunity to the Amazon region’s population, and there’s little indication that Bolsonaro will pull back his support for expanding mining operations and large-scale farming in the region.

That’s just more bad news for the Amazon’s indigenous people, whose lands are some of the best preserved in the region. One of Bolsonaro’s first official acts as president in early 2019 was to transfer the agency charged with supporting indigenous people, FUNAI, under the Ministry of Agriculture. Analysts say this weakens the agency’s ability to protect indigenous territories. Along with suggesting that indigenous territory could be opened up for mining, Bolsonaro has also threatened to halt the certification of any new indigenous settlements.

Obviously, this is devastating for indigenous people. But it’s also potentially catastrophic for the environment. According to a recent United Nations report, strong land rights for indigenous communities help form a bulwark against climate change. In Brazil, for example, indigenous territories are constitutionally protected. This helps maintain the forest by discouraging encroachment by farmers, miners and loggers.

But, according to Joenia Wapichana, a member of the Sustainability Network (a political party established by former Minister of the Environment Marina Silva) and the first indigenous woman elected to Brazil’s senate, the Bolsonaro government has “persecuted” indigenous people by attempting to halt the processes that define the boundaries of indigenous territories. The FUNAI website lists 440 fully recognized indigenous territories in Brazil. Another 127 have crossed the first hurdle in the demarcation process while a further 115 have yet to move past the initial study required to begin applying for recognition.

Once these boundaries are established, non-indigenous Brazilians are barred from using the land, creating buffer zones against deforestation.

Wildfire in the Amazon rainforest, near Abuna, in the Brazilian state of Rondonia on Aug. 24, 2019.
Carl de Souza—AFP/Getty Images

Brazil’s traditional subsistence communities and settlements established by the descendants of formerly enslaved people represent another shield against deforestation. Traditional communities are generally the descendants of European settlers who practice small-scale agriculture as well as producing goods from materials that can be harvested sustainably from the forest. For example, in Montanha e Mangabal, a government-certified “traditional community” with approximately 250 residents in Pará, many of the community’s residents support themselves by producing oils from native plants, fishing, and raising yucca roots to make flour. The community’s presence deters deforestation, says its president, Ageu Lobo Perreira. “[Traditional] communities are always there watching,” he says. “You can’t come here and attack the environment, take lumber.”

Unfortunately, these communities are at risk thanks, Lobo Perreira says, to federal defunding of environmental protection, public education, and public healthcare. “Families are leaving because they want their children to have a secondary-school education,” Lobo Perreira says. Community members must travel more than 140 miles to the city of Itaituba for any serious health issues.

Further, these places on the frontlines of deforestation have become flash points of violence. Indigenous and traditional subsistence communities regularly report physical violence in confrontations resulting from incursions onto their land. Last year, for example, after Lobo Perreira publicly challenged miners prospecting illegally on the community’s land, he received death threats that forced him to leave Montanha e Mangabal for a few months.

“When you enter these more remote areas,” says André Cutrim, a professor of environmental resource management at the Federal University of Pará, “these are places where the state’s power, judicial power doesn’t reach.” The result, he says, is that it’s easier to cut down trees or to start fires illegally—and harder for an already hamstrung environmental agency to operate in the face of violence and lawlessness. This enables land grabbers to deforest and farm regardless of what the law permits.

Cutrim says the Bolsonaro government is stoking passions with its rhetoric. “The message of the current government isn’t conciliatory. It’s a message of confrontation,” he says. This, Cutrim sustains, makes Bolsonaro’s supporters feel authorized to pursue their own interests, even if that means setting fire to one of the country’s treasures. 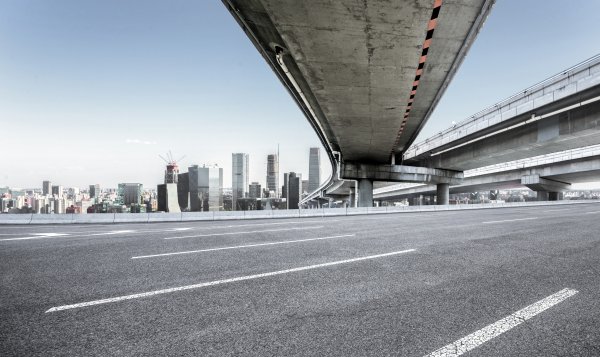 Feeling the Heat? Blame Concrete
Next Up: Editor's Pick