Will Rey Turn to the Dark Side in Star Wars: The Rise of Skywalker?

New footage of the final entry in the Skywalker saga, Star Wars: Rise of the Skywalker, at Disney’s annual D23 Conference suggests that Star Wars fans could be in store for an unexpected twist. The new scenes, which director J.J. Abrams introduced, included a shot of Jedi-in-training Rey wearing a dark cloak, hood up, wielding a red double-sided lightsaber like the one villain Darth Maul used in the prequels.

The footage, which appeared at the very end of the trailer, strongly suggests that Rey could either briefly or permanently turn to the Dark Side. However, the footage also showed Rey with her traditional blue lightsaber that she inherited from Luke Skywalker fighting Kylo Ren.

Ren has previously aligned himself with the First Order and general evil-ness and carries his usual red lightsaber in the poster. But lightsaber colors can be deceiving, and it’s possible that the two have flipped sides in the fight for the fate of the galaxy.

Disney also released a poster for the film which shows Emperor Palpatine, who will return in Episode IX, looming over Rey and Kylo. Maybe he will try to influence Rey.

The last time we saw both characters in Star Wars: The Last Jedi, Kylo was trying to tempt Rey to reject both the Dark Side and the Light and rule with him. Rey quickly rejected the offer, but either could waver in their loyalties. It’s also unclear whether Rey will still find out exactly who her parents are, and whether that revelation might affect her choices about how to use her powers.

All eight Star Wars movies in the main Skywalker saga have focused on the balance between the Dark Side and the Light. And LucasFilm head Kathleen Kennedy has said that Episode IX will conclude that particular story. In the last film, Luke Skywalker, a ghost version of Yoda and Kylo all argued for some version of rejecting the old ways in favor of some new order.

Those three have conflicting visions of the future, but all their assertions seem to suggest that this story can only end when the conflicting forces either find balance or a totally new worldview is established. Rey “switching sides” or rejecting sides altogether could be a part of that journey.

J.J. Abrams, one of the creators of Lost, is well known for his twisty plots. Could Rey carrying the red, two-sided lightsaber be a red herring? We won’t find out until the movie hits theaters Dec. 20. 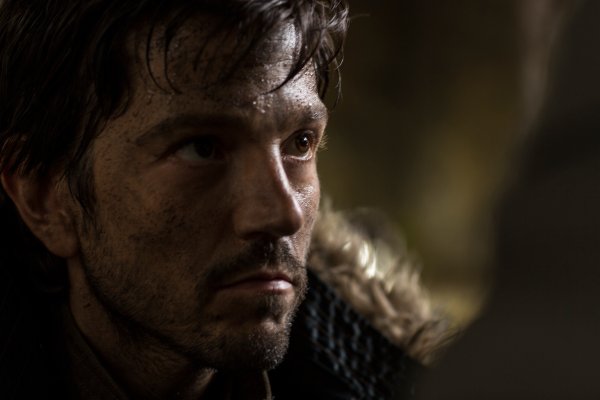 What's Happening in the Star Wars Universe After Episode IX: The Rise of Skywalker?
Next Up: Editor's Pick