An Illinois resident who was hospitalized with a respiratory illness linked to vaping has died, according to the state’s public health officials.

The Illinois Department of Public Health issued a statement Friday saying a person who had “recently vaped and was hospitalized with severe respiratory illness” had died. It could be the first death in the U.S. that is related to vaping, the Associated Press reports. The person’s identity and other details surrounding the circumstances of the death have not yet been released.

The health department noted in its statement that reports of people hospitalized with symptoms of respiratory illness after vaping or using e-cigarettes in the state had doubled over the last week, going from 10 cases to a total of 22. The 12 new cases are currently under investigation.

The news was released just hours before the U.S. Centers for Disease Control (CDC) told the press that the number of potential e-cigarette-related illnesses reported to the agency had increased to 193 as of Thursday. The cases all occurred between June 28 and Aug. 20, and cut across 22 states.

Investigators have not identified any specific product or compound linked to these cases, but the CDC says it is working with state health departments to continue exploring the cause of the illnesses.

“Even though cases appear similar, it isn’t clear that these cases have a common cause or if they are different diseases with similar presentation,” Ileana Arias, deputy director for non-infectious diseases at the CDC, told reporters Friday.

“It is possible that the reported cases could have been occurring before this investigation was even initiated,” said Bryan King, the deputy director for research translation in the CDC’s Office on Smoking and Health, on the press call. “That said, we weren’t necessarily capturing them, but now that there’s increased diligence in terms of the current investigation, we’re better able to capture those.”

The CDC noted that the illnesses involved adolescents and young adults, ranging in age from 17-28. In Illinois, the patients were between the ages of 17 and 38. Those affected have reported symptoms that include difficulty in breathing, shortness of breath and chest pain before hospitalization. Some people reported vomiting, diarrhea and fatigue. 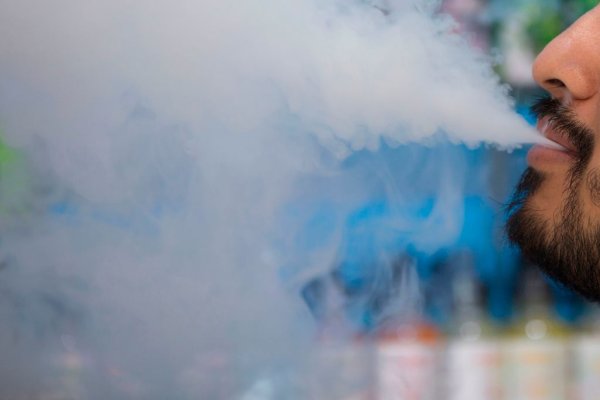 More than 200 People Have Reported Lung Diseases That May Be Linked to Vaping
Next Up: Editor's Pick