Bricks of cocaine were found stashed in boxes of banana shipments at three grocery stores in Washington state on Sunday, CNN reports.

The drugs totaled more than $1 million and were packed with ordinary produce.

“We’re still trying to determine where it all came from. That’s under investigation. We do know it was all shipped from a central warehouse, but we don’t know where it originated yet, so that’s a work in progress,” said Sgt. Ryan Abbott with the King County Sheriff’s Office, which oversees the city of Woodinville.

According to Abbott, employees at a Safeway in Woodinville, about 20 miles northeast of Seattle, spotted brown paper inside one of the boxes. They discovered the drugs — almost 50 pounds of it, and with a street value of $550,000 — when they looked further.

Cocaine was also found at Safeway stores in Bellingham and Federal Way.

But banana shipments have been used to peddle cocaine before. About $18 million worth of the drug was found hidden within bundles of bananas being donated to Texas prisons last year, and in April, German authorities found a record haul of cocaine stashed in crates at six branches of a supermarket chain. 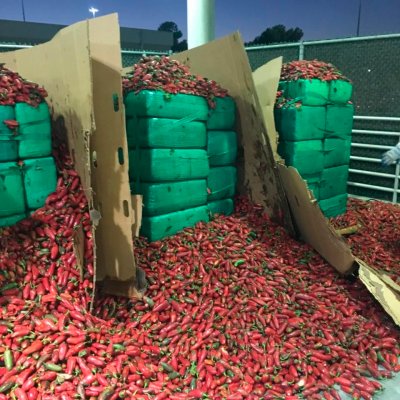