Team USA Should Be Totally Stoked By Extreme Olympics Sports

It’s easy to forget that there was a time, not all that long ago, when the U.S. pretty much stunk at the Winter Olympics. To wit: during the 1988 Calgary Games, on North American soil no less, the U.S. won two gold medals the entire Olympics.

The Americans have already matched that number over one weekend in Sochi.

Two totally stoked free-spirited snowboarders, Sage Kotsenburg and Jamie Anderson, gave Team USA a rollicking start to the Sochi games, as they each won the gold medal in the inaugural slopestyle snowboarding event. In slopestyle, the athletes navigate a downhill obstacle course, sliding on rails and corkscrewing off jumps to impress the judges. Kotsenburg was particularly ebullient after the win. Steve Politi of NJ.com reports:

Anderson’s got her quirky side too. Rachel Bachman of the Wall Street Journal writes:

In Vancouver, the U.S. won nine gold medals – more than quadrupling its Calgary haul. The U.S. won a record 37 medals in 2010; in Calgary, the Americans won six. While Team USA has shown vast improvements across most winter sports over the years, no country has benefited more from the addition of extreme Olympic events.

The invisible hand wraps gold around American necks. The U.S. television networks are constantly trying to reach that younger demo. ESPN’s X-Games, which began in 1995, showed that sports like snowboarding could attract an audience. The International Olympic Committee is also on the constant lookout for younger fans.

So everyone’s interests are aligned. NBC pays a ransom for the rights to broadcast the Olympics. The IOC wants NBC’s money, and extreme sports audience. NBC wants events that can deliver a return on its massive investment. So what new events do we see in the Winter Olympics this cycle? Slopestyle snowboarding, plus half-pipe skiing and slopestyle skiing. Gnarly.

The U.S. may have trouble matching the medal haul from Vancouver. When the Americans venture across an ocean for the Winter Games, the winning edge often gets lost in transit. But slopestyle has given Team USA some impressive momentum in Sochi. And given the state of Olympic economics, America’s winter athletes will stay stoked for years. 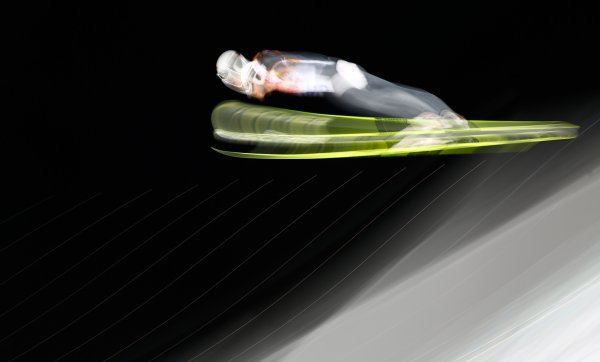 The 18 Most Amazing Images From Day 4 Of The Sochi Olympics
Next Up: Editor's Pick