'I Wonder Who Will Get Fired First.' Mom Holds In-House Job Fair for Kids Who Demanded a Bigger Allowance

A no-nonsense mother presided over a job fair for her three kids from the comfort of her own home after they repeatedly asked for higher allowances.

In a series of now-viral photos recently shared to Facebook, the Georgia mom shared that wasted no time before announcing that she was “hiring.”

“Now hiring!!” one of the signs Shaketha Marion McGregor posted read. The open positions included kitchen manager, lead housekeeper, laundry supervisor and a notice that “interviews will be held” in “Mom’s room.” (In the kitchen manager role, the child will be responsible for ensuring the kitchen stays clean at all times and coordinating all of the dish washing in the home.)

“If you want it, work for it, earn it!” she captioned her post that went viral to the tune of 200,000 likes, along with captions like “#ThisMomMeansBusiness” and “#IWonderWhoWillGetFiredFirst.” There’s was even a “credit union” to help “build allowance as well as character.”

This woman is clearly a firm believer in the bootstraps mentality.

And hiring moved fast at this household, according an update McGregor shared: The salaries they asked for ranged from $15-$20.

Not everyone took the opportunities seriously. For instance, the mother reported that her 10-year-old tried a fake English accent “like that would help her,” and her 13-year-old laughed “90 percent of the time” during the interview. But her 6-year-old was all business. Sometimes it’s the greenest of us who are the most enterprising. 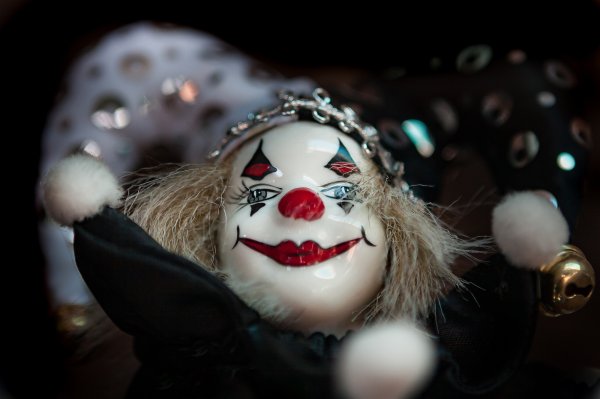 Woman's Response After a Spooky Clown Doll Appeared in Her Home Deserves Its Own Horror Film
Next Up: Editor's Pick