The Economy Under Trump Is Very Good. But Don’t Get Too Comfortable

President Donald Trump speaks to contractors at the Shell Chemicals Petrochemical Complex on Aug. 13, 2019 in Monaca, Pa.
Jeff Swensen—Getty Images
Ideas
By Alan Blinder
Blinder, a former vice chairman of the Board of Governors of the Federal Reserve, is an economics professor at Princeton University

Donald Trump is now a decided underdog for re-election–almost regardless of whom the Democrats put up against him. But his political stock would be even lower were it not for the strong economy. That’s his, ahem, trump card.

Yet there are questions about how long the good times will continue to roll.

Make no mistake about it: the economy really is in a very good place–even if the stock market is down from its highs and extremely volatile on a day-to-day basis. The two are not the same thing.

To what extent does Trump deserve credit? I’d say a little. He inherited a strong economy from Barack Obama, who had inherited a catastrophe from George W. Bush. The unemployment rate, which peaked at 10% in October 2009, was already down to 4.7% when Obama left the White House. Since Trump moved in, it has inched down to 3.7%–which, as the President likes to point out, is roughly a 50-year low.

The tax cut Trump signed in December 2017–while horribly structured, regressive and fiscally irresponsible–did put more money into some people’s pockets and did enhance incentives to invest. It gave the economy a sugar high, though not a big one. Real GDP growth accelerated from around 2.1% per year over the 12 quarters before the tax cut to an average of 3.1% over the next four quarters. Since then, though, the growth rate has retreated to 2.1%.

The damage Trump has done to the economy will probably prove to be more important, however. First, viewing climate change as a Chinese hoax is not just buffoonish, it’s potentially tragic, both in terms of economic losses and human suffering. Second, his tax cuts have ballooned the federal budget deficit into the trillion-dollar range, and someday the national credit-card bill will come due. But the more immediate threat is that, thanks to Trump, the whole world has a dangerous trade war on its hands.

As you may have noticed, the stock market now dances to the daily news from the trade front, rising on happy talk and falling on bellicose words or acts. Turns out that trade wars are neither “good” nor “easy to win”–as any economist could have told the President, had he asked.

But wasn’t China a bad actor in international trade for years? Didn’t they “deserve” this? Well, sort of, but their main transgression was not selling Americans a lot of stuff they want. Rather, it was a host of problems surrounding intellectual-property (IP) protection–ranging from forcing foreign companies to share technologies with Chinese firms to outright theft. When Obama left office, we had a promising way to deal with these problems. The Trans-Pacific Partnership included strong IP protections, put there at our behest. It seems likely that China, virtually the only Pacific Rim nation left out of the TPP, would have wanted in, and to do so, it would have had to accept these provisions. But we’ll never know because Trump, in one of his first rash acts as President, foolishly pulled us out.

So now we’re facing a trade war–and it’s not over what really matters (IP protection), but over the fact that China sells more to us than we sell to them. So what? I sell far more to Princeton University than Princeton sells to me. Does that make Princeton a victim?

It’s hard to see how the short-term sugar high can come close to balancing the long-term costs of ignoring climate change, the large budget deficits and the trade war. Actually, not hard. Impossible.

Blinder, a former vice chairman of the Board of Governors of the Federal Reserve, is an economics professor at Princeton University 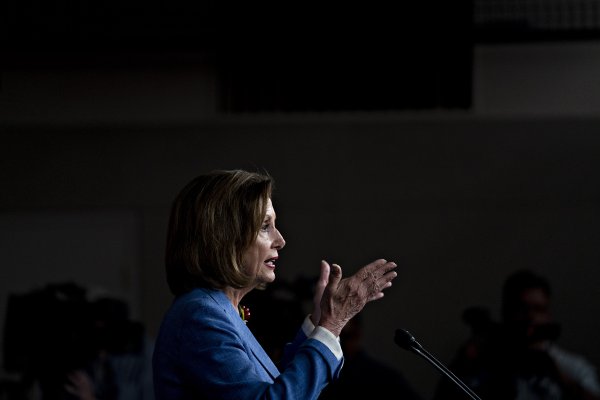 We Need Bipartisanship to Fix the Economy. That Seems Impossible Right Now
Next Up: Editor's Pick