While death is inevitable, knowing when it will come isn’t necessarily, and scientists have been trying to develop a test that could reliably and easily predict how long a person will live — or, more technically, how healthy they are and therefore how vulnerable they might be to major mortality risk factors. Blood tests are the most likely avenue to such a test, since it’s easy to obtain blood samples and labs equipped to handle them are common.

The latest effort is described in a new paper published in Nature Communications, by a team led by Joris Deelen, postdoctoral researcher at the Max Planck Institute for the Biology of Aging and P. Eline Slagboom, head of molecular epidemiology at Leiden University Medical Center. The researchers report that, in a group of more than 44,000 healthy patients, their blood test was around 80% accurate in predicting mortality risk within five to 10 years.

The patients, who ranged in age from 18 to 109 years, provided blood samples and had their health events tracked for up to 16 years. The researchers analyzed a group of 226 so-called metabolites, or by-products of things that various cells and tissues in the body pour into the blood stream for circulation and removal. From this collection of markers, the team narrowed down the list to 14 that they determined could together, and along with the person’s sex, provide a pretty good picture of each person’s health risk, and, by association, their risk of dying in the next five to 10 years. They accomplished this by comparing those who died during the study to those who did not and isolating which agents in their blood differed to statistically significant amounts. The link between the final 14 factors and mortality remained strong even after the scientists accounted for potential confounding factors that also affect survival such as age, sex, and cause of death.

“We want to tackle the vulnerability of people’s health that is hidden and that doctors cannot see from the outside,” says Slagboom. “I am still surprised by the fact that in a group of people you can take one blood sample at one point of time in their life, and that would say anything meaningful about their five to 10 year mortality risk.”

Both Deelen and Slagboom stress that the test is not ready yet for doctors to use in the clinic with their patients, but that it does establish a foundation for one down the road. An eventual test could be most useful at first in assessing older patients and guiding treatment decisions, since the 14 metabolites represent a range of processes including the breakdown of fat and glucose, inflammation and fluid balance in the body, that impact a range of chronic ailments, as well as a person’s ability to recover from illness or injury.

Researchers at Leiden University are currently studying the test to see if it can help doctors predict which patients with hip fractures are more likely to develop complications during their recovery after surgery. Another study is looking at whether the test can predict which people with kidney failure are more likely to develop dementia or side effects like delirium as a result of their treatment; this information could help doctors to better adjust dosage and treatment decisions.

The researchers are also hoping to work with large databanks around the world to further validate the findings. “We see this as a foundation,” says Slagboom, “we do not see this test as an endpoint.” 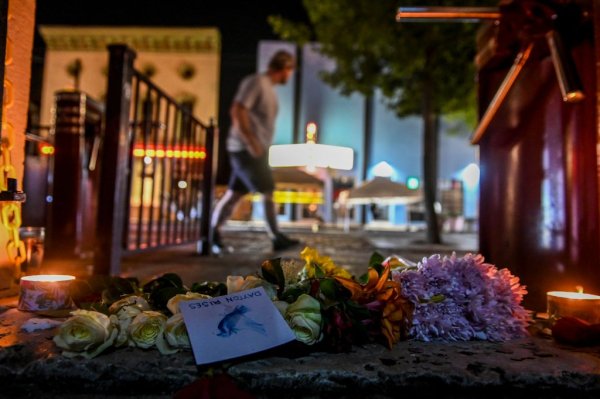 The Dangers of Linking Gun Violence and Mental Illness
Next Up: Editor's Pick