'It Just Kind of Struck Me.' The Thick Chicago Accent Guy Addresses the Sad Fate of the Coyote Pup From the Video

There’s unfortunately a sad ending to the story of a guy with a thick Chicago accent trying to rescue a struggling coyote pup.

According to the man behind the video — Joey Santore, an Oakland-based, self-taught botanist who runs the YouTube channel Crime Pays But Botany Doesn’t — the pup died two nights after he discovered it in the northern California countryside in June.

The video captivated people’s hearts and went massively viral, with people applauding Santore for his commitment to trying to help the coyote and loving the thicker than normal Chicago accent that he puts on for his videos. But regrettably, it had a very sad epilogue.

“The next day I called around and the nearest wildlife rehab was like 2 ½ hours away down south. I wasn’t going to be able to make it there that day, so I figured I would take it Monday. I got [the coyote pup] Saturday and I was going to take it Monday on my way back down south to Oakland because I was in northern California,” he told TIME.

He went on to say that his friend who works at a wildlife rehab facility told him to keep the coyote in a cool, dark and quiet place and try to give it some food and water. “So I did that and I got her to eat a little bit,” he says. “But then Monday when I woke up and was about to head back down south and take her to the wildlife rehab, she had already passed that night.”

Santore says that although the coyote’s death wasn’t entirely unexpected, it still hit him hard. “She was really sick, I could tell. She had nasal discharge and eye discharge and was just covered in parasites. And so I realized that might happen, but it didn’t really mess with me until the day after,” he says. “I buried her in the backyard at the house I was staying at, and then the next day when I was at work, it just kind of struck me.”

Although he doesn’t have a degree in botany, Santore tells TIME that nature is his true passion. He says that working as a freight train operator rather than spending his time in school has allowed him to pursue that passion.

“I would just be going [to school] to learn this stuff rather than get that piece of paper and that’s kind of the whole idea behind the Crime Pays But Botany Doesn’t thing. It’s like get a side hustle and then use it to fund your pursuit of knowledge in the world and be able to share that with others,” he explains. “A botanist is just someone who studies plants, which is what I do…I do it solely because I want to learn.”

As for the thick Chicago accent — which wasn’t nearly as pronounced when TIME spoke to him on the phone — Santore says that he uses it to try to get people invested in his nature videos. “I impersonate these Chicago characters as a joke to make the subject material more interesting,” he says.

In the coyote video, which he said was taken in Siskiyou County, Calif., Santore can be seen following a pup that appears to be in poor condition through a field until it finally lies down and lets him pet and pick it up.

“You need help! You know, and I just don’t want to get bitten. I want to help you but I don’t want to get bitten,” he tells the pup in his put-on accent. “Did some redneck shoot your parents what’s going on? Come on, hey. Shh, it’s ok. I’m not gonna f— with you. Not in a bad way. But please don’t bite me. But I’ve had my rabies titer, if it makes you feel any better.”

Despite Santore’s good intentions, it’s never a good idea for humans to interact with a wild animal in this way — regardless of the situation, Victoria Monroe, the California Department of Fish and Wildlife’s Conflict Programs Coordinator says.

“In the video we see a gentleman who I believe sincerely was coming from a place of compassion,” Monroe told TIME. “It appears that he observed a potentially orphaned coyote pup in poor condition so he was trying to obtain this animal and then transfer it to a wildlife rehabilitator.”

But Monroe says that his approach presents some challenges. “One is that, at the department, we never recommend chasing or cornering or forcibly handling wildlife. Especially young, sick or injured wildlife. They’re very unpredictable…This gentleman could’ve easily been bit or scratched.”

She went on to say that he brought up some legitimate concerns in the video. “One was rabies transmission and one was mange. There’s so many different wildlife disease concerns that have significant overlap with human health impact.”

If someone spots a wild animal that they’re concerned about, Monroe recommends that they contact the Department of Fish and Wildlife directly to assess the situation. Although Santore was worried about this pup being out during the day, Monroe says that’s not actually out of the ordinary.

“A lot of folks think that coyotes in particular are purely nocturnal or even crepuscular, which is like dawn, dusk, night. That’s not true. At certain times of year, especially this time of year, they are often active during the day. They’re extremely opportunistic, they’re extremely intelligent animals, so they do whatever they need to do to seek resources. And in particular, that pup being in thinner body condition and being possibly hungry, that wouldn’t be unexpected to see it at different times of day or night,” she explains.

She also warns that rehabilitating a lone coyote pup is a particularly complicated venture.

“When it comes to wildlife rehabilitation for coyotes, it’s extremely challenging for coyote pups,” she says. “You have to reach almost a critical mass, like a minimum number of coyote pups of similar age in a rehab situation to rear so that way they’re positioned for success when you release. Releasing a coyote pup or a juvenile coyote after rehab as a single animal is not going to achieve a successful outcome.”

Unfortunately, it seems this particular coyote pup may have already had something wrong with it when Santore stumbled upon it.

“It was crossing a road on like a 90-degree day at 2 p.m,” he says. “These are animals that don’t let you get close to them, but it was so sick I was able to get up close to it and I could see it was kind of scraggly and it was totally malnourished and underweight.”

He adds that if he had known how sick the coyote was, he would’ve tried to get it to a wildlife rehabilitation center sooner. “Unfortunately when I found her, I was so far out in the middle of nowhere and I didn’t really realize how sick she was until later that night when I brought her home,” he says.

For his part, Santore says that while he understands why the Department of Fish and Wildlife recommends avoiding direct contact with wild animals, he feels there can be extenuating circumstances. “I would probably say the same thing to somebody cause there’s a lot of jacka—es out there,” he says. “I, of course, would let my common sense and care for an animal in need override their recommendation if it happened again, but I understand why they have to say that.”

Monroe says she hopes the popularity of the video helps spread an important message about human contact with wildlife — especially with the recent increase in human-coyote interactions in California.

“I think the video — obviously it got a lot of hits — I think it touched people in different ways. One was that this gentleman was so singleminded in his approach to try and achieve a compassionate outcome for this young animal,” she says. “But again, we always say that people should not pursue, chase, corner or attempt to capture wildlife because it places the person and the animal at risk.” 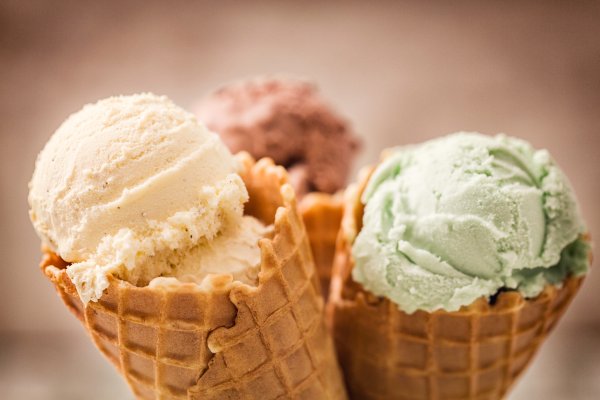