WATCH: Dame Helen Mirren Has the Most Dignified Twerking Moves

Acclaimed Oscar-winning actress Helen Mirren—and Dame Commander of the Order of the British Empire—knows how to twerk, and reluctantly showed off her skills Thursday onstage with a bunch of Harvard undergraduates, an Associated Press video shows.

While receiving the Woman of the Year award from Harvard’s Hasty Pudding Theatricals (also known as “The Pudding”), the 68-year-old actress had to play a game of charades for the audience. When the word shown was “twerking,” the dignified actress at first pantomimed digging, saying shortly after to the crowd, “I refuse.” But Mirren ended up a good sport, daintily wiggling her derrière and showing off her twerking skills.

Founded in 1795, “The Pudding,” America’s oldest undergraduate theater troupe, is known for flamboyant musicals. Former U.S. presidents Theodore Roosevelt and Franklin Delano Roosevelt were members, and the troupe’s Woman of the Year and Man of the Year awards are presented to notable celebrities, who are invited to participate in the event.

After Mirren’s twerking, Neil Patrick Harris, Hasty Pudding’s 2014’s Man of the Year, will have a tough act to follow. The actor is set to receive his award Feb. 7. 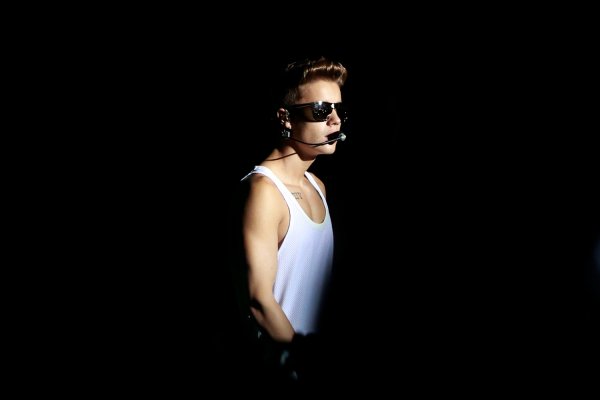 Justin Bieber: International Man of Misery
Next Up: Editor's Pick