Independents Are Losing Confidence in the Economy. That's Bad News for President Trump

Republicans and independents are losing faith in the economy at the steepest rates of Donald Trump’s presidency, signaling more trouble for his efforts to make economic growth a centerpiece of his re-election campaign.

The University of Michigan Consumer Sentiment Index fell in August to its second-lowest level since just before the 2016 election. But a deeper look of the numbers by party affiliation shows warning signs for Trump, the survey’s director says.

“What I’d keep my eye on is the independents because whoever wins the majority of independents will win the presidency,” Richard Curtin, director of the Michigan survey, said on a conference call with reporters.

Voters historically had higher consumer confidence when a president of their party is in the White House. Independents saw a big boost in optimism after Trump’s election but their confidence is now at the lowest level of his presidency.

Curtin said announcements of new tariffs in a trade war with China are weighing on purchasing decisions as consumers expected inflation to eat into the buying power of their paychecks.

Trump himself has looked at consumer confidence as a key measure of the effectiveness of his economic policies.

“Just out: Consumer Confidence hits highest level since 2000,” he tweeted last October, as the index peaked just before the midterm elections swept Democrats into control of the House of Representatives.

On Thursday, Trump downplayed economic indicators suggesting that a recession is becoming more likely, citing earnings by retailers. “The economy is incredible. The consumer — probably above all else, the consumer is doing incredibly,” he told reporters before leaving for a campaign rally in New Hampshire. 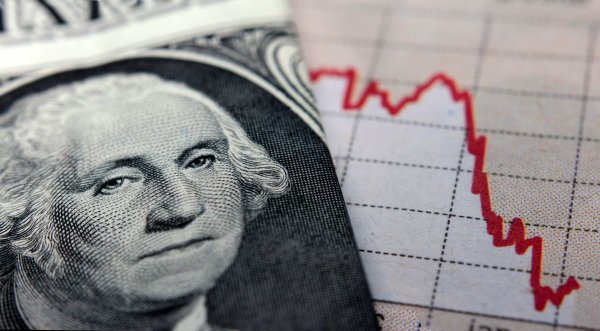 'It’s All Doom and Gloom.' A Key Indicator of Recession Just Triggered in Both the U.S. and the U.K.
Next Up: Editor's Pick