A 7-Foot crocodile was captured after swimming in the same Ohio creek as a group of children.
Rich Denius
By Sanya Mansoor

A group of children swimming in an Ohio creek had a close encounter with a 7-foot crocodile on Wednesday.

The group of 16 children from the ages of six through 12 with the Hilltop Equestrian Center were in a creek in Preble County as part of a weekly activity related to nature. They had just finished a lesson about how fish escape predators lurking in the shadows by staying together in the light.

“It was kind of surreal,” Rick Turnbull, a staff member at the center says. He says he was on a bridge about six feet above the water. A few other adults were with him, too. One of them spotted a boy’s Croc floating on the water and he joked, “watch out, there’s a Croc in the water.” Everyone laughed. A few minutes later, that staff member spotted a shadow that he didn’t instantly realize was of a 7 1/2 feet long crocodile that weighed 171 pounds. He cautioned the adults below to get the children on land.

Rich Denius was in the water with the kids — two of them, his own sons, when he realized they may be in danger.

Denius was about 30 feet away from the crocodile when he began calmly shepherding children out of the water. “God filled me with a calming peace and my only thought was to firmly direct the children to get out of the water and up to the bridge,” Denius says.

In a Facebook post, in which Denius shared pictures of the crocodile, he wrote: “I could see the bumps on its back above the surface, then under the water. I knew it was more than a fish. It was big. I couldn’t believe my eyes.” He had no idea how big it actually was when he first saw it.

A local officer with the Department of Natural Resources was the first person to respond and shot the crocodile, according to Brett Gates, a spokesperson with the Ohio Department of Agriculture.

The crocodile was in custody of the Department of Natural Resources before being transported to an animal diagnostics lab housed in the Department of Agriculture’s campus in Reynoldsburg on Thursday. The agency then checked to see if the dead animal had any identifiers, like a microchip, to see if it could be traced back to anyone in the area.

It’s possible that someone could have gotten rid of the crocodile after it got too big to be a pet, Gates says. But they are still looking into it.

Gates adds that an incident like this is “very rare” and there is no reason to be worried about swimming in the creek now.

Still, Jim Hazelwood, administrative director for Hilltop Equestrian Center, who was about less than a mile away at the facility during the incident, says that he will still take precautions with the children in the group.

“Kids swim and play in that creek all the time,” says Jim Hazelwood, “The thing that was amazing was the size of it. This was not some little pet that might scratch you on the leg. This was a dangerous predator.”

But Hazelwood was grateful for Denius getting the children out of the water calmly, saying if he were in the same situation, his instinct may have been to panic. Hazelwood adds: “That’s the grace of God.” 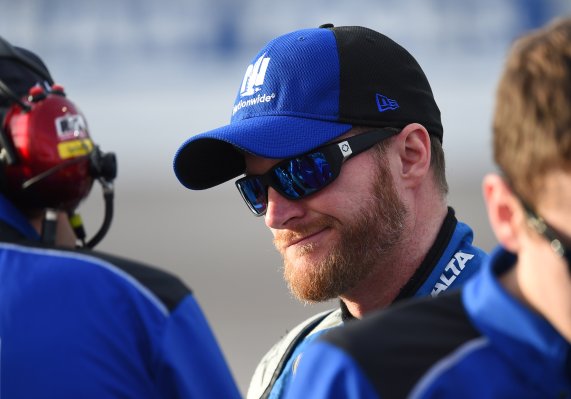 Dale Earnhardt Jr. and His Family Survived a Plane Crash in Tennessee. Here's What to Know
Next Up: Editor's Pick