A Rhode Island correctional officer has resigned on Friday after a truck he was allegedly driving rammed into peaceful protesters on Wednesday night outside the Wyatt Detention Center, a Rhode Island prison that contracts with U.S. Immigration and Customs Enforcement (ICE). He had been placed on leave by facility administrators a day earlier.

Jewish activists, who were rallying outside the center as part of a larger effort to shut down immigrant detention centers nationwide, say an employee at the facility intentionally drove into them while they were blocking the entrance to a parking lot.

Protestors quickly identified the man they allege was driving the black truck that was involved in the incident. One person on the scene later tweeted a picture of a person in uniform with the name “Captain Woodworth” written on his shirt, alleging he was the person behind the wheel.

The Wyatt Detention Facility had previously confirmed to TIME that a Captain Thomas Woodworth had been placed on administrative leave “pending the results of an independent investigation being conducted by the Rhode Island State Police,” as well as an internal investigation. Those investigations are still ongoing, a spokesperson for Wyatt said on Friday.

A video shared by the Jewish activist group Never Again Action, which organized Wednesday’s protest, shows a driver pressing the horn as he pulls up to a line of activists blocking the entrance to the detention facility in Central Falls. The group stands up as he gets even closer. The driver is then seen accelerating into a line of people, as protesters can be heard screaming. A crowd quickly surrounds the car as it slows down and shouts “shame.”

Five people had been taken to the hospital, according to Matt Harvey, Never Again Action spokesperson and organizer, who says he “was about 30 feet to the right of the truck” when it drove into civilians: “Far enough away to not have to scatter but close enough to be startled.”

“It was a really scary scene,” Harvey says.

The Rhode Island State Police and the state Attorney General’s Office also confirmed they are investigating the events. “Once we have a full understanding of the relevant facts, we will determine how to proceed,” the attorney general’s office said in a statement, adding, “It is unfortunate last night’s situation unfolded as it did.”

Asked for confirmation on whether the driver was an employee of Wyatt Detention Facility, Kristy dosReis, spokeswoman for the state attorney general’s office, reiterated Thursday that their investigation is “still in the early stages and we are not prepared to draw any factual or legal conclusions at this time.”

The Wyatt Detention Center added in a statement on Thursday that the organization is “conducting a top to bottom review of the incident, Wyatt correctional officers’ response and the Wyatt’s protocols regarding protest activities outside of the facility.”

An ICE spokesperson did not respond to requests for comment.

Aaron Regunberg, an organizer with Never Again Action and a former Rhode Island state representative, says he was “a little to the side” of the truck seconds before it drove into fellow protesters. He says it hit a number of protesters, including three minors. He rushed to help injured people on the ground. “There’s an initial shock,” Regunberg says. “There was sort of a flash in your head of — we all saw what happened in Charlottesville with the car, is that happening right now?”

Two years ago, a neo-Nazi killed one woman, Heather Heyer, and injured 35 others when he drove through a group of counter-protesters at a white-supremacist rally in Charlottesville, Virginia.

Regunberg alleges local police refused to take witness statements on the scene, despite protesters “clamoring, asking, demanding,” to give them. The Central Falls Police Department did not immediately respond to a phone call for comment, but a spokesman with the Rhode Island State Police, which has now taken over the investigation, says he was “not aware” of any officers not taking statements.

Regunberg adds that he was “utterly shocked” that the driver was not arrested at the scene. He alleges the crowd was also pepper sprayed shortly after the incident. Another video shared by Never Again Action shows protesters lying on the ground and pouring water in their eyes. An ambulance was also called to the scene.

While acknowledging its review of employees’ conduct in the incident and its aftermath, the detention center did not confirm pepper spray was deployed.

Meanwhile, Harvey says the protesters gathered at the detention facility because Never Again Action “focuses on where ICE and its deportation machine manifests locally.”

“Shutting the Wyatt down is what Rhode Island can do to stop ICE,” he adds. The group held a similar protest at Wyatt in early July.

Both Harvey and Regunberg hope the focus of the incident remains on those they were protesting to protect.

“It was a shocking escalation of violence,” Regunberg says. “But the real lesson for all of us is, if this institution is willing to unleash that kind of violence in front of bystanders … what kind of violence are immigrant detainees behind those walls with no cameras being subject to every single day?” 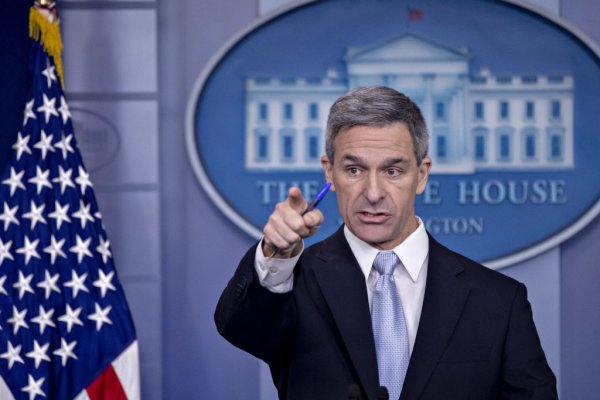