A true tolerance test has arrived.

When Jason Collins announced that he is gay back in April, making him the first active player in the big four U.S. pro sports to come out of the closet, the news came with a caveat: Collins was on the downside of his NBA career. Players largely supported him and said they would embrace an openly gay player. But even before his announcement, there was a chance Collins had already played his last NBA game. He still hasn’t been signed this season. Given his age — Collins is 35 — and on-court performance, it’s hard to say, with certainty, that Collins’ sexual orientation cost him.

Missouri’s Michael Sam (the SEC defensive player of the year who on Sunday announced he is gay), on the other hand, is about to just start his NFL career. He will be drafted, and enter an NFL locker room this spring and summer. Several anonymous NFL execs and coaches told SI.com that Sam’s announcement will hurt his draft status. “You shouldn’t have to live your life in secrecy,” one assistant coach said, “but do you really want to be the top of the conversation for everything without ever having played a down in this league?”

So, Sam’s choice may hurt his earnings. But all 32 NFL teams aren’t going to pass on a prospect like Sam. They can’t be that stupid. Michael Sam will join the ranks of America’s most popular, macho sport. The NFL locker room, as we learned in the Richie Incognito-Jonathan Martin fiasco, is not the most welcoming, tolerant place. Reporter Andrea Kramer recently discussed locker room culture with a group of players. She asked about the possibility of having a gay teammate. “I think that he would not be accepted as much as we think he would be accepted,” New Orleans Saints linebacker Jonathan Vilma told Kramer. “I don’t want people to just naturally assume, like, ‘Oh, we’re all homophobic.’ That’s really not the case. Imagine if he’s the guy next to me and, you know, I get dressed, naked, taking a shower, the whole nine, and it just so happens he looks at me. How am I supposed to respond?”

How far have gay rights progressed in the United States? Thanks to a brave, bold decision of Michael Sam, the NFL will soon offer some answers. 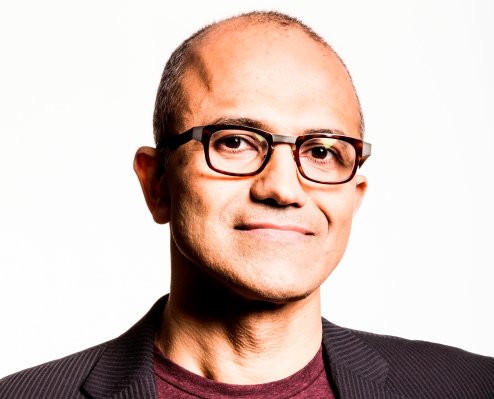 Microsoft's Satya Nadella and the Rise of the Twice Blessed
Next Up: Editor's Pick