Goodman, center, stars as the paterfamilias of a clan whose business is religion.
HBO
By Judy Berman

The pitch sells itself: John Goodman plays the patriarch of a televangelist dynasty. And when he gets the spotlight, there are hints of the show The Righteous Gemstones could’ve been. Goodman’s Eli Gemstone, who presides over a megachurch and a sprawling family compound, is a true believer in Christ–and a major beneficiary of the prosperity gospel. But he hasn’t been himself since the death of his wife Aimee-Leigh (Jennifer Nettles). As the dissonance between Eli’s faith and his greed set in, you can see Goodman’s mask of backslapping virility slip.

But HBO’s Gemstones, premiering on Aug. 18, takes only intermittent interest in its characters’ internal lives. Created by Danny McBride (Eastbound & Down), a writer and actor known for juicing low-hanging fruit, this comedy would rather wring easy laughs out of the selfish, hypocritical and often just stupid Gemstones. Eli’s offspring fit broad types: the eldest, Jesse (McBride), has Tom Jones hair, a wife (Cassidy Freeman) in the Phyllis Schlafly mold, an estranged son and a weakness for drunken debauchery. Judy (Edi Patterson), the middle child, is suffocating under the thumb of her sexist family. Their much younger brother Kelvin (Adam DeVine) is the obligatory youth minister, all spiky hair and dated slang.

Though the threats to their empire are many–including Aimee-Leigh’s jealous brother Baby Billy, played by Walton Goggins–it’s a blackmail video of Jesse running wild in Atlanta that plunges the pathetic siblings into crisis. Sadly, the predictable action-comedy beats that follow overpower Goodman’s more restrained role. (A flashback episode is a welcome exception.)

McBride has a flair for comic set pieces: the series opens with a very funny scene at a mass baptism in what turns out to be a Chinese wave pool–complete with sirens, flashing lights and a pop soundtrack–that would’ve made a great sketch. And there’s plenty of potential in a satire of the present-day evangelical community, whose support for politicians like Roy Moore and Donald Trump has called its moral authority into question. McBride, whose characters seem to have stepped straight out of the Tammy Faye Bakker era, just isn’t the right storyteller for the job. 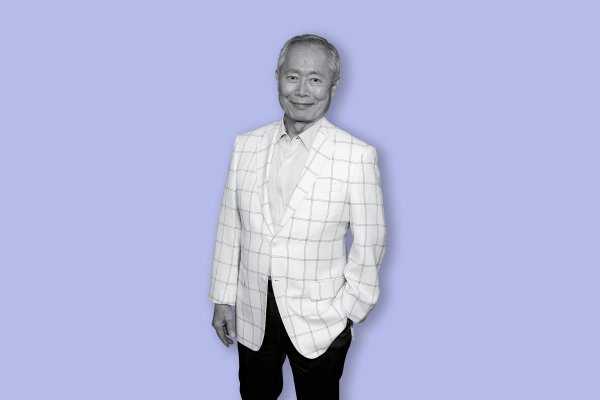 George Takei on His Own Experiences in an Internment Camp and New Show The Terror: Infamy
Next Up: Editor's Pick