The Rise of the Pea: How an Unassuming Legume Emerged as a Frontrunner in the Race to Replace Meat and Dairy

Illustration by Gluekit for TIME
By Larissa Zimberoff

No one denies peas are nutritious. Whether they’re delicious—that’s debatable. But arguments over taste no longer matter because peas, specifically yellow peas, are being formulated into so many products, they’re unavoidable, and often invisible.

As a crop, the pea has risen and fallen in favor, but today everyone seems to agree that it checks the box against the biggest problems plaguing the Earth: climate, food and health.

From a sustainability standpoint, peas, in the legume family, do everything wheat, corn and soy don’t. They require less water, are drought tolerant, reduce the need for nitrogen fertilizers because they take nitrogen gas from the air and store it in their roots, and make an ideal candidate for crop rotation. Worried about GMO peas? They don’t exist outside the lab. Want to avoid allergens? You’re probably good there too; allergies are rare, another reason peas are leaving soy in their dust.

Mintel, the market research firm, reported that 757 new pea-related foods hit the shelves last year. That’s in addition to what’s already out there, including the most famous pea food, the Beyond burger. With one of the strongest first days of trading for an IPO in the last two decades, Beyond Meat is a prime example of our food system’s new priority: plant protein. Much of the 20 grams of protein in each burger comes from peas, but some comes from rice and mung bean. “One goal of this innovation is to diversify protein sources,” says Ethan Brown, the founder of Beyond Meat. “We believe it isn’t a desirable consumer proposition to have pea protein as the sole protein across our product platforms.” He’s right. Who wants to eat the same thing everyday?

Almost any doctor will posit that a plant-based diet is healthier than one high in animal protein. They would also agree that eating a plate of peas is better than eating processed foods made from fractions of peas. Nevertheless, “there is an assumption in food science that we’re going to break things into components. I guess it has become a part of our culture,” says Liz Carlisle, author of The Lentil Underground. Understanding that the food industry has started to utilize plants as source material for multiple components is key to understanding the pea’s newfound financial success.

Peas are easily broken down into building blocks of function: starch, fiber and protein. In China, home to many of the manufacturing plants that do this work, called fractionation, pea-protein isolate is widely thought of as the byproduct of the process. Pea starch is used to make noodles, and the leftover protein is shipped over to the US. McConnell’s Fine Ice Creams makes five non-dairy flavors starring micronized pea protein; Ripple Foods has sold 7 million gallons of its non-dairy milk made with Ripptein, a proprietary protein made from yellow peas; and Annie’s, one of the scant few utilizing organic peas, stashes it in its mac and cheese.

The United Nations named 2016 as the International Year of Pulses, which include peas, lentils, chickpeas and beans. That, says Tim McGreevy, CEO of USA Dry Pea and Lentil Council, helped kick off a “paradigm shift towards plant-based foods” in the U.S. “Up until five years ago the majority of our product was exported,” says McGreevy. But now, the U.S. is getting on board with the rest of world, where highly adaptable pulses like peas, chickpeas and lentils are widely used across cultures.

The federal government is helping push the trend, as well. In the last two farm bills, the government authorized funding for the Pulse Crop Health Initiative, including almost $3 million in the last two years to the U.S. Department of Agriculture to finance proposals that will accelerate our knowledge of peas.

However, these efforts pale in comparison to Canada, which has $115 million (about 153 million Canadian dollars based on current conversion rates) earmarked for research into plant protein and plant-based products. Canada is also luring investors out to build processing facilities closer to its pulse crops, which are more than double what’s planted in the US. Roquette, a French company, is spending $300 million (about 400 million Canadian dollars) on a pea-protein facility in Manitoba, and Verdient Foods, a pulse processing facility in Saskatchewan, largely invested in by married partners James Cameron, the film director, Suzy Amis Cameron, an environmental activist.

In addition, Canadian companies don’t have to deal with the constant threat of retaliatory tariffs from places like China. “All of US agriculture has been hugely affected by the tariffs,” says McGreevy. “We’ve been completely shut off of green and yellow peas, and the Canadians are taking full advantage of that.” Because the U.S. is no longer a reliable supplier, McGreevy reports that his Chinese counterparts are looking towards the Baltic region of Europe to fill the gap.

In any case, peas are likely here to stay. “I don’t see this as a trend that is going away as the world works towards meeting food demands globally,” says Ron Kehrig, deputy director of investments for the Saskatchewan ministry of trade.

It’s not only food manufacturers who see the beauty in peas. If science can make a more protein-packed legume, it could answer the looming question of how to feed our growing population. To that end, an international team is poised to release the entire genomic sequence of the pea, opening the tiny legume up for genetic studies. “It puts peas back where they belong,” says Rebecca McGee, a plant breeder with the USDA’s Agricultural Research Service, who worked on the project. “Of course, this comes from a pea breeder, so take it with a grain of salt.” McGee is currently working on a related initiative called “MP3,” which stands for “more protein, more peas, more profit.” The goal is to find the genetic nature of protein concentration, which could then be modified to make a more powerful pea.

We’re in a world that craves new and there’s a line of plants waiting quietly behind the pea for their 15 minutes. In Canada, Kehrig reports his farmers are testing fava beans and canola seeds. From Brown and his team at Beyond Meat, we may soon get sausages made from lupin beans, or camelina, mustard and sunflower seeds. The message is clear and there’s a not-too-distant future where our unsustainable reliance on animal protein is jettisoned for the almost limitless variety of our plant kingdom. 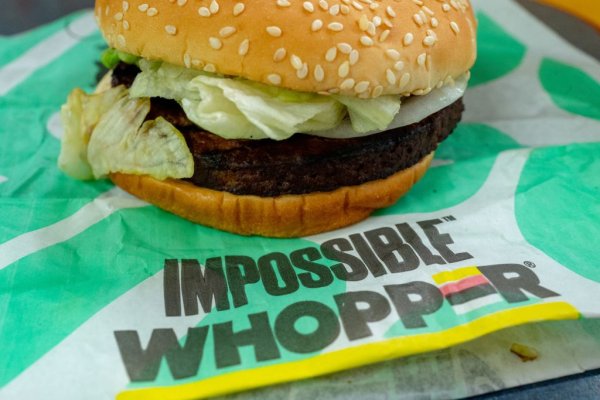