The failed missile test that ended in an explosion killing five scientists last week on Russia’s White Sea involved a small nuclear reactor, according to a top official at the institute where they worked.

The institute is working on small-scale power sources that use “radioactive materials, including fissile and radioisotope materials” for the Defense Ministry and civilian uses, Vyacheslav Soloviev, scientific director of the institute, said in a video shown by local TV.

The men, who will be buried Monday, were national heroes and the “elite of the Russian Federal Nuclear Center,” institute Director Valentin Kostyukov said in the video, which was also posted on an official website in Sarov, a high-security city devoted to nuclear research less than 400 kilometers (250 miles) east of Moscow.

The blast occurred Aug. 8 during a test of a missile that used “isotope power sources” on an offshore platform in the Arkhangelsk region, close to the Arctic Circle, Russia’s state nuclear company Rosatom said over the weekend. The Defense Ministry initially reported two were killed in the accident, which it said involved testing of a liquid-fueled missile engine. The ministry didn’t mention the nuclear element.

It caused a brief spike in radiation in the nearby port city of Severodvinsk, according to a statement on the local administration’s website that was later removed. The Russian military said radiation levels were normal but disclosed few details about the incident.

News of the explosion set off in nearby cities and towns a run on iodine, which is believed to help prevent the thyroid gland from absorbing radiation. Norway said it had stepped up radiation monitoring after the incident but hadn’t detected anything abnormal.

Southerly winds and the large distance between the border and the explosion make it unlikely that Finland will detect any radiation, Pia Vesterbacka, director at Finland’s Radiation and Nuclear Safety Authority, said by phone Monday. The authority hasn’t checked its air filters since the incident but expects to have results this week, she added.

Rosatom declined to comment on the incident Monday and a spokeswoman for the Sarov institute couldn’t immediately be reached.

Russian media have speculated that the weapon being tested was the SSC-X-9 Skyfall, known in Russia as the Burevestnik, a nuclear-powered cruise missile that President Vladimir Putin introduced to the world in a brief animated segment during his state-of-the-nation address last year.

The incident comes after a series of massive explosions earlier last week at a Siberian military depot killed one and injured 13, as well as forcing the evacuation of 16,500 people from their homes. Russia’s navy has suffered numerous high-profile accidents over the years. In July, 14 sailors died in a fire aboard a nuclear-powered submarine in the Barents Sea in an incident on which officials initially refused to comment. A top naval official later said the men gave their lives preventing a “planetary catastrophe.”

Russia’s worst post-Soviet naval disaster also occurred in the Barents Sea, when 118 crew died on the Kursk nuclear submarine that sank in after an explosion in August 2000.

–With assistance from Kati Pohjanpalo and Mikael Holter. 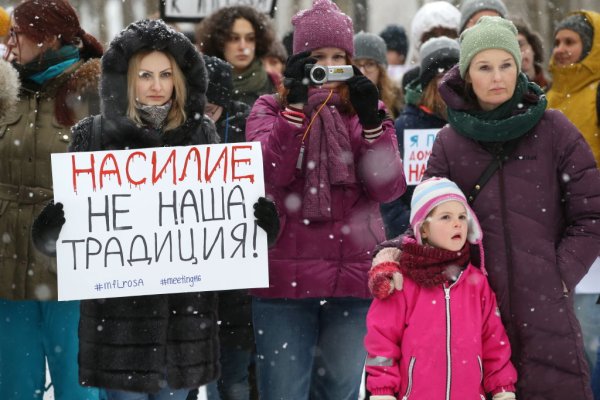 Russia's Version of #MeToo Has Struggled to Take Off — Until Now
Next Up: Editor's Pick