President Barack Obama says in a new interview that that it’s up to Congress to remove marijuana from the federal government’s list of the most serious narcotics, implying but not explicitly saying that he might support such a move.

In an interview with CNN that aired Friday, Obama was pressed on recent remarks he made to the New Yorker that marijuana is no more dangerous than alcohol, and on whether he would push to remove pot from the Drug Enforcement Agency’s list of so-called “schedule I” narcotics.

“First of all, what is and isn’t a Schedule I narcotic is a job for Congress,” Obama said.

“I stand by my belief, based, I think, on the scientific evidence, that marijuana, for casual users, individual users, is subject to abuse, just like alcohol is and should be treated as a public health problem and challenge,” Obama added. “But as I said in the interview, my concern is when you end up having very heavy criminal penalties for individual users that have been applied unevenly, and in some cases, with a racial disparity.”

The DEA is required to make determinations, Obama said, but based on laws passed by Congress. A spokesman for the White House Office of National Drug Control Policy tweeted Wednesday that the attorney general can reclassify marijuana after a scientific review, but that it was “not likely given current science.”

But Obama wouldn’t specifically back congressional action to remove the schedule I classification for marijuana in the interview.

The drug is already treated differently than other drugs in the schedule I category. It is decriminalized for medical purposes in almost two-dozen states, and Colorado and Washington state recently became the first to allow it for recreational use. The Obama administration has cautiously allowed those two states to move forward in implementing their new recreational pot markets, while warning that it will react swiftly if the drug finds its way across state lines or into the hands of minors.

“We’re going to see what happens in the experiments in Colorado and Washington,” Obama said. “The Department of Justice, you know, under Eric Holder, has said that we are going to continue to enforce federal laws. But in those states, we recognize that we don’t have… the resources to police whether somebody is smoking a joint on a corner. And we are trying to provide them structures to make sure that, you know, big time drug traffickers, the spillover effect of the violence, potentially, of a drug trade are not creeping out of this experiment.”

Obama has admitted to his own drug use as a student in his memoir, Dreams From My Father, writing of using marijuana and “maybe a little blow.”

“But I do offer a cautionary note,” Obama told CNN. “…Those who think legalization is a panacea, I think they have to ask themselves some tough questions, too, because if we start having a situation where big corporations with a lot of resources and distribution and marketing arms are suddenly going out there peddling marijuana, then the levels of abuse that may take place are going to be higher.”

Correction: The original version and headline of this story incorrectly characterized Obama’s stance on congressional action to reclassify marijuana. 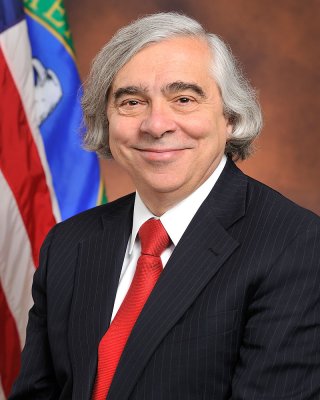 This Man Will Be Your President If the Worst Happens
Next Up: Editor's Pick