Joe Biden told a group of mostly Asian and Hispanic voters Wednesday that “poor kids are just as bright” as white children.

The former vice president, who is known for verbal gaffes, made the remarks to the Asian & Latino Coalition in Des Moines, Iowa, where he is on a four-day campaign swing for the Democratic presidential nomination.

“We should challenge students in these schools and have advanced placement programs in these schools,” Biden said. “We have this notion that somehow if you’re poor, you cannot do it. Poor kids are just as bright, just as talented, as white kids.” He quickly added, “Wealthy kids, black kids, Asian kids, no I really mean it, but think how we think about it.”

“We think how we’re going to dumb it down. They can do anything anybody else can do given a shot.”

Biden has been criticized for his tendency to say awkward, sometimes surprising, things. When his future boss, Barack Obama, was running for president, Biden once remarked that Obama was “clean” and “articulate,” a remark that raised eyebrows. 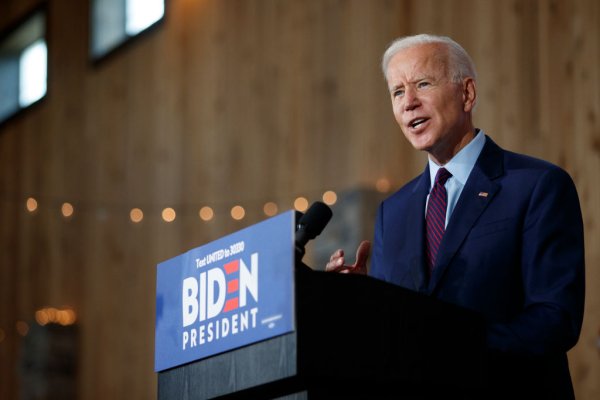 Two Paths on Shooting Response
Next Up: Editor's Pick