It’s a story pop culture keeps retelling: A smart, kindhearted kid from a poor neighborhood sees his potentially bright future threatened by gangs. Movies like Boyz n the Hood set the prototype in the 1990s. The 21st century has brought variations on this theme to television, in shows as different as HBO’s classic The Wire and the Netflix teen comedy On My Block.

The title character of David Makes Man, which premieres Aug. 14 on own, starts out in the same perilous situation. A 14-year-old growing up in the South Florida projects, David (Akili McDowell) is an anomaly at his magnet middle school. Though he’s far from the sole black student, he does seem to be the only kid whose family sometimes has to choose between electricity and phone service. When he’s not at school, he plays surrogate dad to an intractable little brother J.G. (Cayden Williams) while his mom Gloria (Alana Arenas) waits tables. As he struggles to keep his grades up and his teachers happy, in hopes of getting into a prestigious high school, David is drafted by the gang that holds court on the lawn in front of his building. The irony of his predicament is that the same intelligence that offers him a path out of the projects also makes him a priceless asset to the dealers who run them.

Torn as he is between the upwardly mobile world he glimpses at school–where he’s known as D.J.–and the poverty-stricken one he comes home to each night, as Dai, that conflict doesn’t define him. Created by Tarell Alvin McCraney, who wrote the play on which Moonlight was based and the screenplay for Steven Soderbergh’s High Flying Bird, the show endows its hero with a complex internal life. Self-possessed and independent, but also tender, he thrives in his imagination–a place where childhood is all water guns and balloons, where his old mentor Sky (Isaiah Johnson) is still alive, where he can stop code-switching and just exist. Along with McDowell’s disarming vulnerability, these lyrical passages give David specificity and dimension.

Coming-of-age narratives set in disadvantaged communities too often escalate into battles between extraordinary protagonists and the relationships that tie them to that environment. We’re supposed to want the Davids of the world to ascend to college, career and financial security without looking back. Undertones of exceptionalism or bootstrapping imply that these kids’ less ambitious friends and family members deserve the poverty they were born into.

It’s impossible to predict, based on the five languidly paced episodes sent to critics, where the show will end up–but McCraney seems too invested in the people around David to leave them behind. Even as it immerses us in his subjectivity, David Makes Man builds vivid, sympathetic supporting characters. In recovery from drug addiction, Arenas’ charismatic Gloria is determined to stay clean and support her sons. Though it flirts with cliché, an episode devoted to a day in her life ultimately reveals her to be a dreamer in the same mold as David. Gloria’s close but complicated relationship with Mx. Elijah (Travis Coles), a gender-queer neighbor who takes in LGBTQ teens with nowhere else to go, gives subtle insight into both characters’ pasts. A dealer who forces David to run dangerous errands isn’t a monster; he’s a lonely, insecure child desperate to solidify his authority.

David’s school friends don’t have ideal lives, either. Seren (Nathaniel McIntyre) is a biracial, middle-class boy whose perfect-looking house seethes with painful secrets. Through his eerily exacting parents, McCraney demonstrates how isolating a drive for individual excellence can be. David is lucky to find refuge from the stresses of home and school in the third space of his still developing mind. But if he flourishes, it will be alongside the people who care about him–not in spite of them. 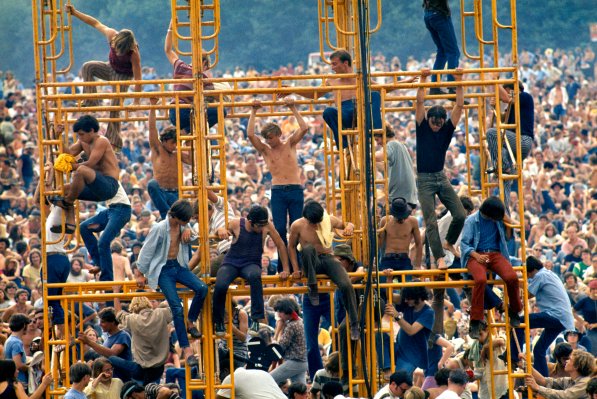 A New Woodstock Doc Offers a Hippie Nostalgia Trip. But It's Time to Think More Critically About the Festival
Next Up: Editor's Pick