Choppy Waters Ahead for the U.S.-China Trade War

A man walks past a money exchange shop decorated with different banknotes at Central, a business district of Hong Kong on June 10.
Kin Cheung—AP
By Ian Bremmer

The U.S.-China trade conflict continues to escalate. When the most recent round of talks produced no apparent progress, President Trump upped the ante by announcing new tariffs on the $300 billion in Chinese imports the U.S. hadn’t already taxed. Beijing first responded by warning that it would stop importing all U.S. agricultural products. (China is one of the world’s largest importers of these products.) Then, on Aug. 5, China raised the stakes again by allowing traders to push the value of its currency below the psychological barrier of 7 yuan to 1 U.S. dollar. That move is designed to hurt the U.S. economy by making U.S. products more expensive for Chinese consumers and companies to buy, and to help Chinese producers by making Chinese products more affordable in the U.S. In that sense, it weakens the impact of the Trump tariffs. The U.S. side then hit back by officially branding China a “currency manipulator.”

These moves don’t mean the U.S.-China conflict is spiraling out of control. Chinese policymakers know that currency is a dangerous weapon. By raising prices for Chinese consumers, a weaker Chinese renminbi may further weaken an already slowing Chinese economy. It increases the debt for Chinese companies that have borrowed money in U.S. dollars and other currencies, and it makes it more expensive to buy oil, which is generally priced in dollars. It also encourages other governments to dump renminbi that may be losing their value, creating more financial-market headaches for China, and could encourage them to lower the value of their own currencies in self-defense.

The U.S. move to brand China a currency manipulator is largely symbolic. The 1988 Trade Act, which created this designation, calls on the Treasury Department to negotiate with the governments it has accused, but it doesn’t automatically impose tough penalties on them. In announcing its decision, the department said simply that Treasury Secretary Steven Mnuchin “will engage with the International Monetary Fund to eliminate the unfair competitive advantage created by China’s latest actions.” There are no specific threats of further action to boost his negotiating leverage. By Aug. 6, the Chinese currency had moved back beyond the 7-1 barrier, signaling that China felt it had made its point and didn’t intend to push further for now.

Still, the ongoing escalation should worry us. The two sides continue to put weapons on the table they don’t yet intend to use. Both recognize that firing any of them could prove self-defeating and do a lot of collateral damage, but they don’t seem closer to resolving their broader differences. Meantime, the weapons are now visible for all to see, and until one side or the other finds a mutually satisfying path toward peace, it becomes harder not to use them.

As election year approaches in the U.S., Beijing will target its actions at U.S. voters that Trump needs. It may also feel it can wait until after the election to see whether there might be a new U.S. President, and if Chinese action targeted at U.S. farmers helps with that process, so much the better for Beijing. In response, Trump has signaled that policy won’t work: “our great American Farmers know that China will not be able to hurt them in that their President has stood with them and done what no other president would do,” Trump tweeted on Aug. 6. He has incentives to prove he’s tough on China and to avoid any action that might look like retreat.

They say in politics, timing is everything. That bodes ill for the next few months of U.S.-China conflict. 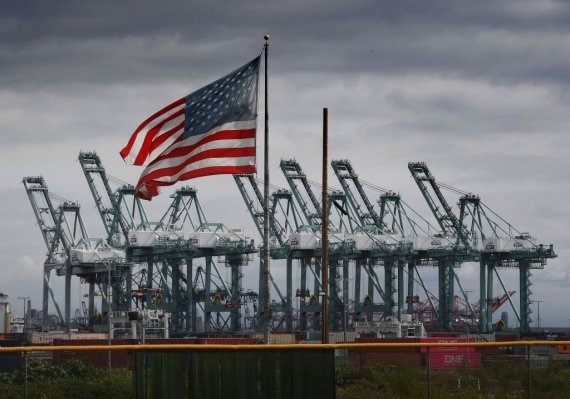 The U.S.-China Trade War Is Steering the World Toward Crisis
Next Up: Editor's Pick