Apple’s latest advertising strategy might be engineered more to make you tingle than to buy a new iPhone.

The tech giant released four autonomous sensory meridian response (ASMR) videos on Wednesday for its “shot on iPhone” campaign. “ASMR, shot and recorded on iPhone, to relax wherever you are,” the videos’ descriptions read. Apple is capitalizing on an established internet trend of videos featuring soft, specific sounds that give some viewers a static-like and tingly feeling.

ASMR accounts have garnered millions of views on YouTube. The popular channel Gibi ASMR has 2.1 million subscribers, and one of her most popular videos, “Dark and Relaxing Tapping and Scratching,” has 13 million views.

In one of Apple’s new videos titled “Whispers from Ghost Forest,” the spooky sounds of a woman telling the story of how the Neskowin Ghost Forest in Oregon came to be are coupled with gorgeous panoramic views of the terrain. Another video titled “Satisfying woodshop sounds” is just what you’d imagine. The similar noises of “Crunching sounds on the trail” and “A calm rain at camp” round out Apple’s offerings for the ASMR-obsessed.

The four videos are directed by Anson Fogel, whose commercial direction credits include Apple, Volkswagon and Amtrak. He filmed the videos with an iPhone XS and iPhone XS, according to Apple.

Watch Apple’s full videos, which range from six to 11 minutes, below — but don’t forget to use your headphones for the full ASMR effect. 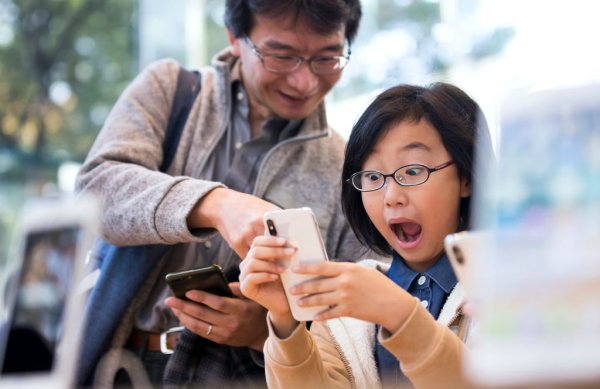