President Donald Trump sued the state of California Tuesday over a new law that requires candidates to file tax returns in order to run in the state’s primary elections, according to the Los Angeles Times.

The lawsuit was filed one week after California Governor Gavin Newsom signed the legislation, in a move that appeared to target the President, who has refused to reveal his tax return information.

According to the new law, presidential and gubernatorial candidates must disclose five years of income tax filings before they can appear on the state’s primary ballot.

Another lawsuit to fight the legislation was filed by state and national Republicans Tuesday, reports the Times.

“The issue of whether the President should release his federal tax returns was litigated in the 2016 election and the American people spoke,” Jay Sekulow, a lawyer for Trump, said in a written statement, according to the Times. “The effort to deny California voters the opportunity to cast a ballot for President Trump in 2020 will clearly fail.”

The Republican’s lawsuit called the California law “a naked political attack against the sitting President of the United States,” according to the Times.

California’s presidential primary is slated for March, and under the new legislation, tax documents would need to be provided by late November, reports the Times.

Trump has previously said he cannot disclose his tax returns while he is under audit by the Internal Revenue Service, but California’s governor said that as one of the world’s largest economies, the state has a “special responsibility to require tax returns from potential elected officials.

Newsom tweeted Tuesday that there is an “easy fix.”

Newsom, a Democrat, provided his tax returns in the 2018 election, and has been a frequent critic of Trump’s, according to the Times. 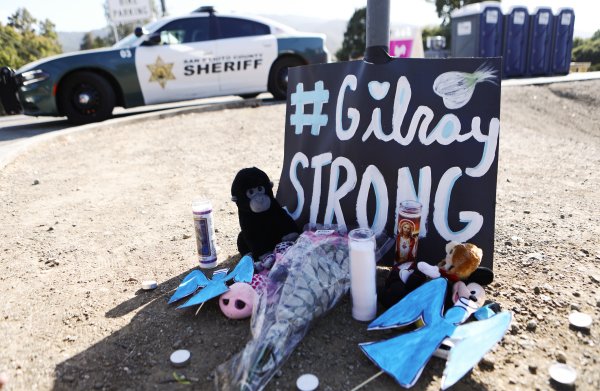